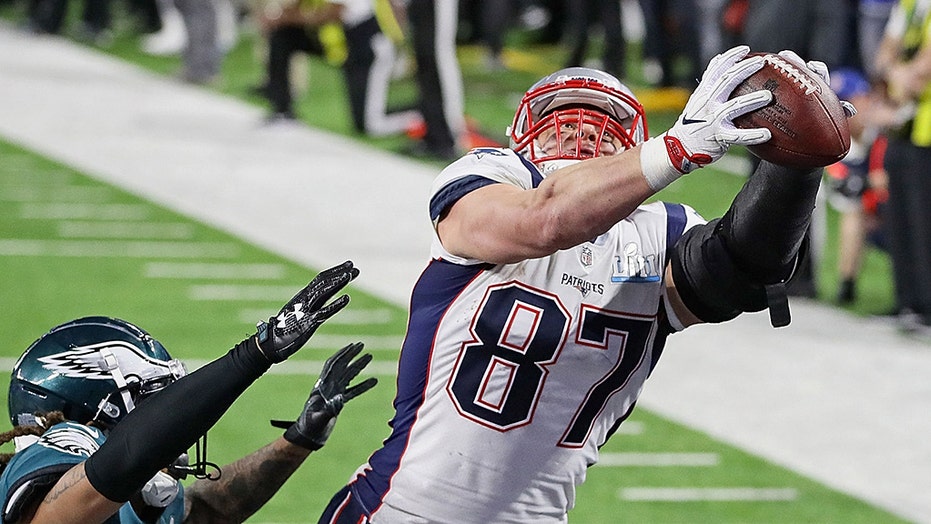 However, it will take a mighty effort for any receiver to break the touchdown-catch mark set by some of the Super Bowl’s previous stars.

Here are some other players who have caught two touchdown passes and the legendary wide receiver who has set the record in two separate Super Bowl games.

Green Bay Packers' Max McGee set the bar for touchdown catches in Super Bowl I. He had the first touchdown catch in a Super Bowl game ever with a 35-yard reception from Bart Starr. He then caught a 13-yard pass from Starr in the third quarter.

McGee had seven catches for 138 yards and got his first Super Bowl victory. McGee had five NFL Championships in his career and two Super Bowl rings -- winning another one the following season.

Larry Fitzgerald made one Super Bowl appearance in his career. He was the team’s top receiver when the Arizona Cardinals played the Pittsburgh Steelers in Super Bowl XLIII.

Keenan McCardell only had two catches in Super Bowl XXXVII but they were big. (Photo by Brian Bahr/Getty Images)

He had a touchdown catch in the closing seconds of the second quarter and had another in the latter half of the third quarter, both from quarterback Brad Johnson. Those were the only two catches McCardell had, and that’s all Tampa Bay needed from him.

The first one came in the third quarter and cut the Eagles’ lead to three points. He had another touchdown catch in the fourth quarter to put the New England Patriots up by one point. The Patriots lost the game, 41-33. Gronkowski finished with nine catches for 116 yards and two touchdown catches.

Jerry Rice set himself a part from other receivers in two Super Bowls. (AFP via Getty Images)

In Super Bowl XXIX, Steve Young had a record six touchdown passes -- three to Rice. The legendary wide receiver finished with 10 catches for 149 yards to go along with his touchdown performance. San Francisco defeated the San Diego Chargers, 49-26.