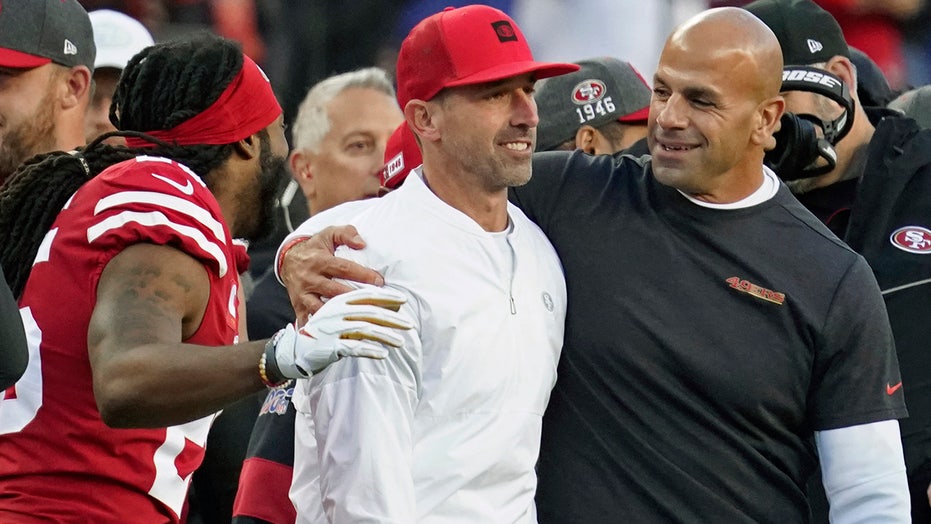 Super Bowl LIV is just a few short Robbie Gould field goals away, and come Sunday, the hype will reach fever pitch as the San Francisco 49ers take on the Kansas City Chiefs for NFL supremacy.

But before we get to Sunday, there are a few things to know about the Kyle Shanahan-led 49ers and the Andy Reid-led Chiefs.

The two teams have their similarities, notably at the quarterback position. Kansas City selected Patrick Mahomes in the first round of the 2017 NFL Draft after moving up via a trade with the Buffalo Bills. In October 2017, San Francisco traded for their star quarterback, Jimmy Garropolo, sending a second-round draft pick to the New England Patriots.

They've even used many of the same formations on offense, with both teams increasingly moving towards motion/shift offenses since acquiring Mahomes and Garropolo, according to NFL Research.

On defense is where the two teams start to differ, though the gap between the two has closed as the season has worn on. San Francisco ranked second in the NFL in yards allowed during the regular season at 281.8 yards per game, while Kansas City allowed 349.6 yards per contest.

There's even a connection between Reid and Shanahan. Both have suffered crushing Super Bowl defeats at the hand of Bill Belichick, with Reid losing as head coach of the Philadelphia Eagles in Super Bowl XXXIX in 2004. Shanahan was the offensive coordinator of the Atlanta Falcons in Super Bowl LI, a team that was up 28-3 late in the third quarter. The team would go on to blow the lead following some questionable offensive play calls and lose the only Super Bowl to go into overtime, by a score of 34-28.

With the two teams similar in structure and scope, there are bound to be some unexpected players that alter the outcome of the game. So before you get ready to feast on chicken wings, sliders or whatever Super Bowl fare you fancy, here are 5 X-factors on the San Francisco 49ers.

Cut by six other NFL teams before sticking on with the 49ers, Raheem Mostert has a chance to make a huge impact on Sunday's game, given how much (and when) the 49ers run the ball.

According to NFL Network, the 49ers have rushed 81.8 percent of the time on first-down in their two postseason games. Mostert has been a big part of the league's leading rushing attack, accounting for 278 yards — including 220 against Green Bay — and four TDs. He's also sixth in the league in efficiency, at 3.48, and hit 21.87 miles per hour on his 36-yard TD run against the Packers, per NFL Next Gen Stats.

With injury concerns surrounding Tevin Coleman's availability and Matt Breida being a non-factor in both wins, the 49ers offense could depend on how successful Mostert is.

The Chiefs' offense may not be as dominant on the ground as San Francisco's offense is, but Kansas City is no slouch either. The Chiefs rushed for 1,569 yards during the regular season, good for 23rd in the league. However, their 16 TDs on the ground ranked 13th and they've tacked on another four TDs on the ground in the postseason.

That's where Arik Armstead comes in.

Adept at rushing the passer (as evidenced by his 10 sacks) and stuffing the run, Armstead is a force of nature for Robert Saleh's defense, capable of playing anywhere on the defensive line. Armstead played 76 percent of the snaps in the 2019 season as well, the highest since coming into the league in 2015.

Built like a running back and as fast as a wide receiver, Deebo Samuel has become a jack-of-all-trades for Kyle Shanahan's motion-based offense.

The rookie from the University of South Carolina caught 57 balls for 802 yards in his rookie year, while also carrying the ball 14 times for 159 yards, totaling 6 touchdowns. His role has increased as the year has gone on and is averaging more than 17 yards per touch in the postseason.

At just 6.2 percent of his attempts traveling more than 20 years according to NFL Next Gen Stats, Garropolo and the 49ers don't often stretch the field. In fact, he's third-lowest in the league in average intended air yards, at just 6.5, ahead of only Teddy Bridgewater and Derek Carr. But when he does, the ball is likely to go Samuel's way.

San Francisco cornerback Richard Sherman is known to stir the pot when given a chance, but the Stanford-educated cornerback backs it up on the field.

Coming off knee surgery and being released by Seattle in 2018, Sherman signed a three-year, $39 million deal with San Francisco that raised hackles around the league, given its structure. In 2019, Sherman proved his critics wrong, recording three interceptions (including one for a touchdown) and 61 tackles, on his way to making his fifth Pro Bowl.

Sherman allowed 62.3 percent of passes thrown his way to be completed, per Pro Football Reference, but just 9 yards per completion, limiting the big play. Quarterbacks only had a 64.1 rating when going after Sherman's side of the field, one of the better marks in the league.

One of the more interesting storylines ahead of the game itself is the trade the two teams made prior to the 2019 season, with Kansas City sending star defensive end Dee Ford to San Francisco for a second-round pick in the 2019 draft.

Ford then signed a massive five-year deal worth $87.5 million. Injured throughout the year, Ford only played in 11 games and registered 6.5 sacks, half of his 2018 output. When on the field though, he's helped the San Francisco defense pressure QBs on 33.5 percent of dropbacks when he's on the field, per NFL Network.

In the playoffs though, Ford has demonstrated he's getting healthy, as his snap count rose to 54 percent against Green Bay, up from 48 percent against Minnesota, per Pro Football Reference.