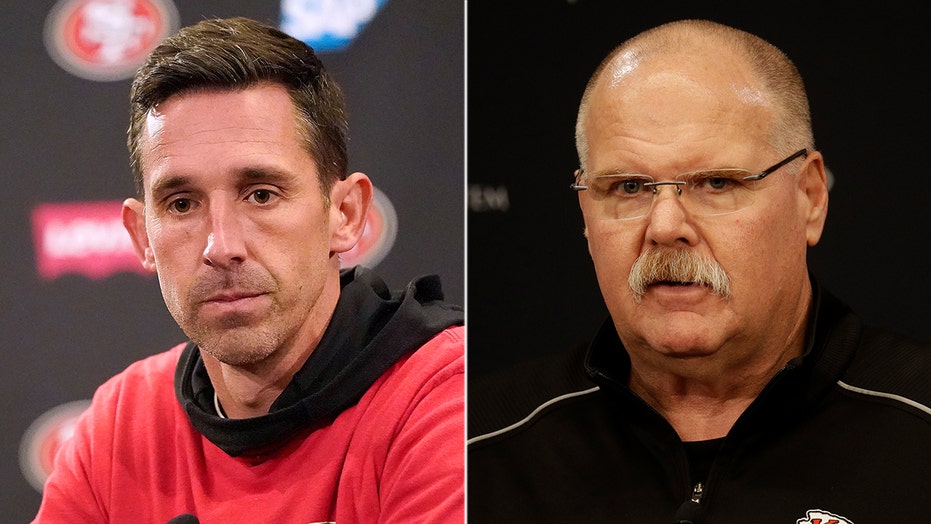 Andy Reid and Kyle Shanahan both have ghosts of Super Bowls past they are dealing with heading into the big game next month.

Reid has 207 wins as a head coach in the NFL between the Kansas City Chiefs and Philadelphia Eagles, but has only made one Super Bowl appearance – with the Eagles – and lost the game. His win total puts him at seventh in the NFL all-time and every coach ahead of him has a ring.

The Reid-led 2004 Eagles had Donovan McNabb, Terrell Owens and Brian Westbrook at their disposal on offense and were anchored on defense by future Hall of Famer Brian Dawkins. However, they ran into Tom Brady and the New England Patriots in Super Bowl XXXIX and lost the game.

Philadelphia never got back to the Super Bowl even though they made the playoffs four times afterward. Reid said after winning the AFC Championship that he was “fired up” to go to Miami.

“Listen, first of all, I'm so happy for the Hunt Family and bringing that trophy back here. Wow,” Reid said, according to NFL.com. “How great is that, [cheering] that's right. I'm proud of our team for the effort they showed today. ‘Never die’ is kind of their thing. I mean getting behind like this is tough on an old guy, but they did a nice job coming back.

“Again, fired up. Fired up to go to Miami. I need to get on a diet so I can fit in my clothes and we can go do our thing. Very proud, very proud of everybody and the job that they did. The coaches, the coordinators for the plan that they had. EB [offensive coordinator Eric Bieniemy] talked to the team last night and got them all fired up. EB's been there as a player and a coach. I thought he had some real great words for the players and coaches for that matter. The guys came out and played with a ton of energy. They had a few ups and downs there early. We were able to overcome those and get ourselves going in the right direction. Anyways. The fans were phenomenal. That thing out there right now, unbelievable. It was very good.”

The coach who Reid will be looking at on the other side of the field also has some Super Bowl demons he will have to come to grips with.

Shanahan was the offensive coordinator for the Atlanta Falcons in 2015 and 2016. In his second season, the Shanahan-led offense went to Super Bowl LI only to run into the Patriots.

The Falcons were up 28-3 in the third quarter against New England before Brady and the Patriots came back to tie the game and win it in overtime. It was one of the biggest comebacks in NFL history and led to months of mocking by trolls on social media.

However, Shanahan would be the head coach for the 49ers the next season and after three seasons San Francisco is back in the Super Bowl.

“Not much at all anymore, to tell you the truth,” Shanahan said when asked whether he goes over the lost Super Bowl. “You do it every second. The days after were real tough. Losing a Super Bowl is extremely tough for everybody, especially when you lose one when you have a 28-3 lead. The way it came down on me personally, I didn't react to that, the way people would expect, because there were definitely parts in that Super Bowl that I would love to have back and stuff I was very hard on myself, but the whole narrative of if I would've just ran it, we would've won. I know that wasn't the case.”

At least one coach will call themselves Super Bowl champion come February.