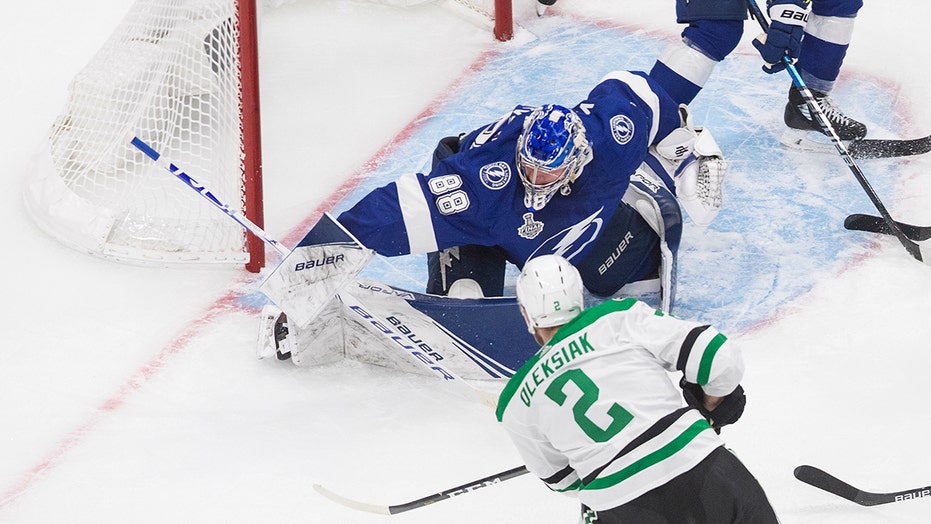 The Dallas Stars took the first game of the Stanley Cup Final from the Tampa Bay Lightning on Saturday night, 4-1, despite getting outshot.

The Lightning were able to outshoot the Stars, 36-20, but could not break through Dallas goaltender Anton Khudobin. He recorded 35 saves in the victory and was the true difference-maker in the victory.

Joel Hanley was able to tip a shot past Lightning goalie Andrei Vasilevskiy to give Dallas an early 1-0 lead in the first period. Tampa Bay’s Yanni Gourde would hit the equalizer minutes later.

Dallas would put up three straight goals and eventually keep the Lightning out of the game.

Jamie Oleksiak, Jason Dickinson and Joel Kiviranta contributed to the onslaught of goals for the Stars.

Vasilevskiy finished with 16 saves in the loss.

Dallas is looking for its first title since 1999 and Tampa Bay since 2004. The Lightning also reached the final in 2015 but lost to the Chicago Blackhawks.

The Stanley Cup trophy made its way to Edmonton in the NHL’s bubble. It was stationed rink-side parallel to the red line, breaking tradition of having it in the building only for when a team is on the brink of winning it. It’s unclear whether it will be making an appearance for Game 2.