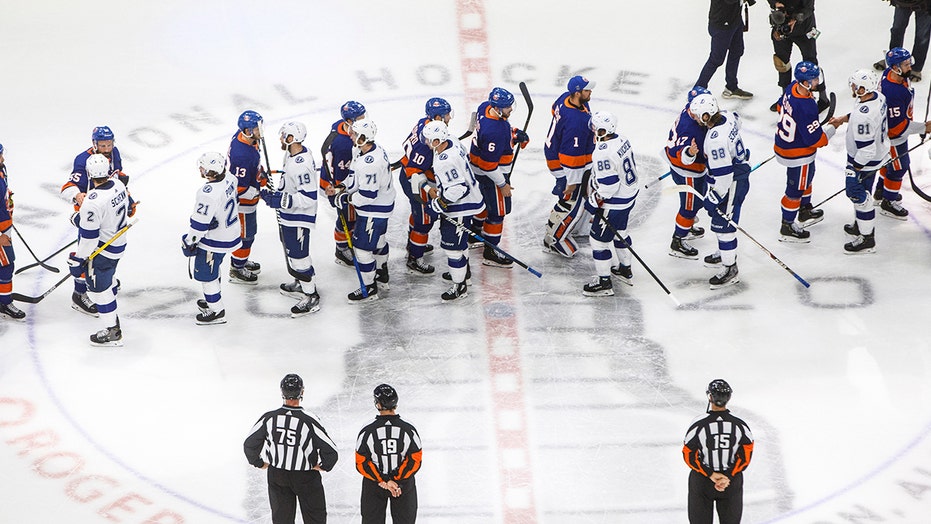 NHL Commissioner Gary Bettman raised the possibility of next season beginning after the tentatively planned Dec. 1 start date, even while the plan remains for each team to play 82 games and the league hold a full playoffs.

Much like its plan to resume this season, the league hopes to adapt to the pandemic circumstances in the U.S., Canada and worldwide and is open to adjusting on the fly as the situation evolves. Acknowledging there are factors like the U.S.-Canada border and local jurisdictions out of his control that could affect travel and attendance, Bettman indicated Saturday he wouldn't be surprised if the season begins later in December or in January but would like to avoid playing deep into next summer.

“If there’s an option to consider, believe me, we’re considering it,” Bettman said during his annual pre- Stanley Cup Final news conference. “It’s conceivable that we start without fans, that we move to socially distant fans at some point and by some point in time maybe our buildings are open.”

There's no way to know yet what a 2020-21 NHL season will look like, and the league is watching what's going on in European hockey and the other North American professional sports leagues and college athletics to see what's possible.

“Our goal is to get back to as great a sense of normalcy as possible under whatever circumstances are presented,” Bettman said.

One of the circumstances at play is the closure of the U.S.-Canada border to nonessential travel, which has more of an effect on the NHL than other pro sports leagues because it has seven teams in Canada and 24 in the U.S. until Seattle becomes the 32nd franchise in 2021.

Canada did not allow Major League Baseball’s Blue Jays to play in Toronto this season because of cross-border travel by them and other teams. The Canadian government approved the NHL holding its playoffs in quarantined bubbles in Toronto and Edmonton but has not allowed family members who aren't Canadian citizens join, as had been planned by the league and players.

“That application remains pending,” deputy commissioner Bill Daly said. “I think at this point, I don’t have a high level of expectation that it will be approved. But it has not formally been denied at this point, either.”

The league is less than two weeks away from pulling off a successful return, after the season was halted March 12. More than 30,000 tests inside the bubbles turned up zero positive coronavirus test results.

Before the Dallas Stars and Tampa Bay Lightning open the final, Bettman acknowledged he's not taking a victory lap yet.

“Handing the Cup over to the captain of the winning team will probably be the first time since March 12 I’ll breathe a sigh of relief, and maybe I’ll get a full night sleep,” Bettman said.

Unlikely, because then the worrying about next season starts. Bettman said the league has “started informally thinking” about next season and conceded there will be a financial hit because attendance makes up at least 50% of revenue.

He's not worried about any franchises not making it through this and said Seattle joining the league won't be pushed back.

"While we know it’ll be less (money), we know there’s a substantial revenue impact, I’m comfortable that our franchises will be strong enough to weather this," Bettman said. “Our franchises will get through this and will come out stronger on the other side.”

Those franchises will be better off when they can have some fans in their buildings, and Daly said everything will be done in the name of safety and in conjunction with national and local health authorities.