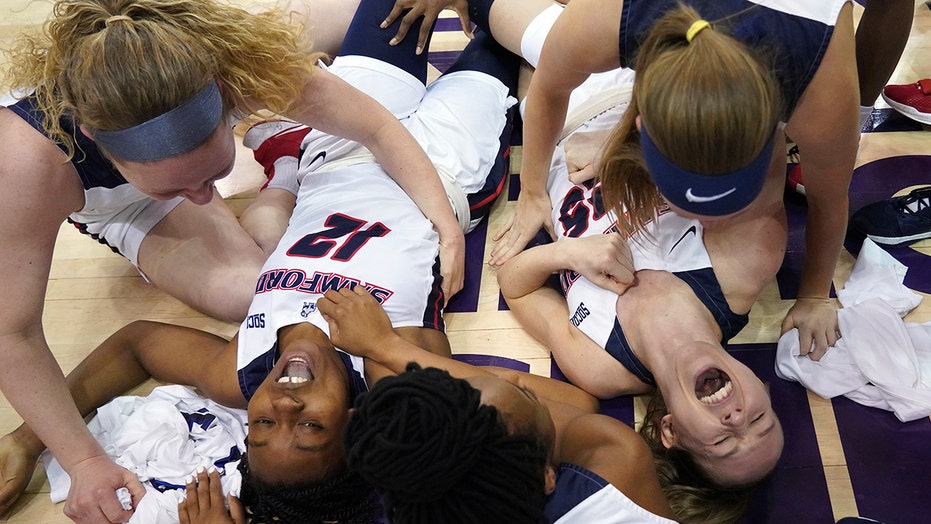 Natalie Armstrong scored 20 points and her 3-pointer with 20.5 seconds left carried Samford to a berth in the NCAA Tournament with a 59-54 win over UNC Greensboro in the Southern Conference Tournament championship game Sunday.

Samford's win gives the program its first SoCon title since 2012, also the last time it qualified for the tournament.

Charity Brown drove the left side of the lane, drew a pair of defenders, whipped a left-handed pass to the 6-foot-2 Armstrong who released the ball with a second left on the shot clock.

Out of its timeout, UNC Greensboro's Nadine Soliman attempted a deep 3-pointer that wasn't close and the ball bounced harmlessly out of bounds. Off the inbound, Sara Myers threw a three-quarter court pass to Brown who caught up to the ball and laid it in for the final points.

Alexus Willey led the Spartans in scoring with 14 points off the bench, hitting four 3-pointers, and Aja Boyd scored 11 points with 10 rebounds.

The Bulldogs (18-14) beat the Spartans for the third time this season. Samford, UNC Greenboro (23-9) and Chattanooga each finished 10-4 in regular season play for a three-way title share. But Samford earned the top-seed by virtue of the tie-breaker and the Spartans were the third seed.