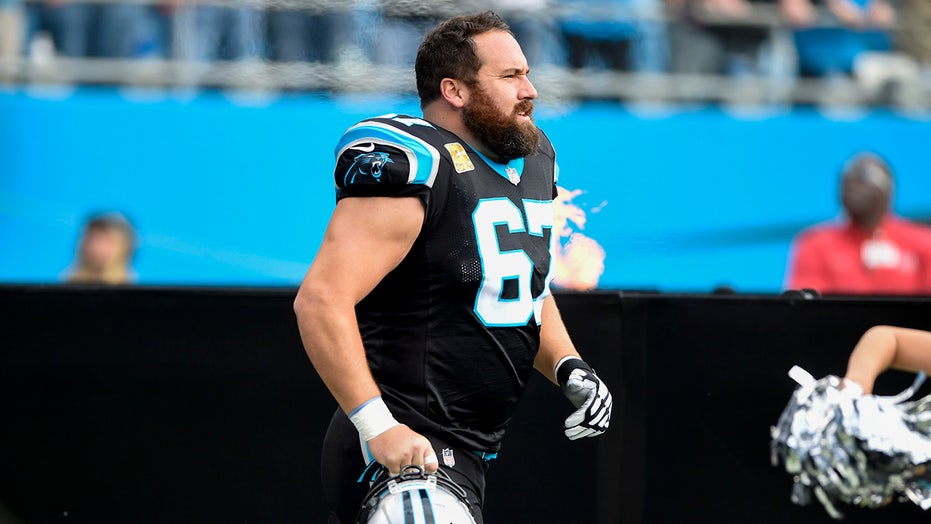 Ryan Kalil walked away from football last season after his contract with the Carolina Panthers ended after 12 seasons.

However, it seems like he had a change of heart because, on Thursday, the five-time Pro Bowl center snapped out of retirement and has joined the New York Jets, the team announced.

He is the first major acquisition by new general manager Joe Douglas, who was hired in May to replace Mike Maccagnan.

Kalil tweeted a gif of Billy Crystal tipping a New York Yankees cap – a hello of sorts to Jets fans.

The 34-year-old still needs to pass a physical Friday before signing a one-year deal with New York. NFL Network reported the deal is worth $8.4 million. Although he played all of the 2018 season, injuries limited his presence on the field the previous two years.

If he passes the physical, Kalil is expected to join the Jets one week into training camp practices. He will have more than a month to work with quarterback Sam Darnold and the rest of the New York offensive line which has had a question mark at the center position for some time after Maccagnan failed to sign one in free agency.

Nick Mangold, who started 11 seasons at center for the Jets until retiring after the 2016 season, tweeted his endorsement of the move.

Kalil was a two-time AP All-Pro pick, starting 145 of 148 regular-season games during his time with the Panthers.