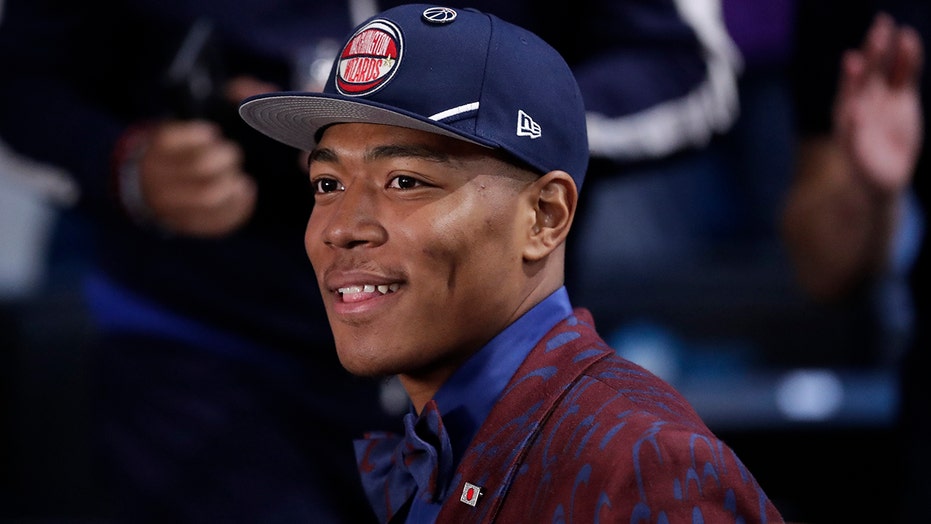 The Washington Wizards selected Gonzaga forward Rui Hachimura with the No. 9 pick of the NBA Draft and made history in the process.

Hachimura became the first Japanese-born player to be taken in the first round of the draft. The Gonzaga star was coming off a season in which he won the 2018-19 West Coast Conference Player of the Year and was a consensus All-American selection.

“He’s somebody we’ve watched for the last couple of years. He’s a late bloomer. We think he’s got potential to be a tremendous two-way player,” Wizards president Tommy Sheppard told The Washington Post. “We knew it was going to be him. It was very close with a couple of players, but I think the fact of where he’s at in his potential and his trajectory, we felt great about it.”

Hachimura, who is from Toyama, Japan, played three seasons with the Bulldogs and his numbers got better each year. In his junior season, he averaged 19.7 points and 6.5 rebounds per game – both career highs.

He helped lead the Bulldogs to the West Regional Final during the NCAA tournament. The team lost to the Jarrett Culver-led Texas Tech Red Raiders.

His mother was born in Japan, while his father hails from the West African nation Benin. Hachimura grew up in Japan, where his family still lives.

Hachimura will be the third-ever Japanese-born player to play in the NBA.

Yuta Tabuse was on the Phoenix Suns’ opening night roster in 2004. He played four games for the Suns before bouncing around the G-League and eventually finding himself in other leagues overseas.

Yuta Watanabe is the only other active Japanese-born player in the league. He currently plays for the Memphis Hustle – the G-League affiliated team of the Memphis Grizzlies. He made his debut last season against the Suns.