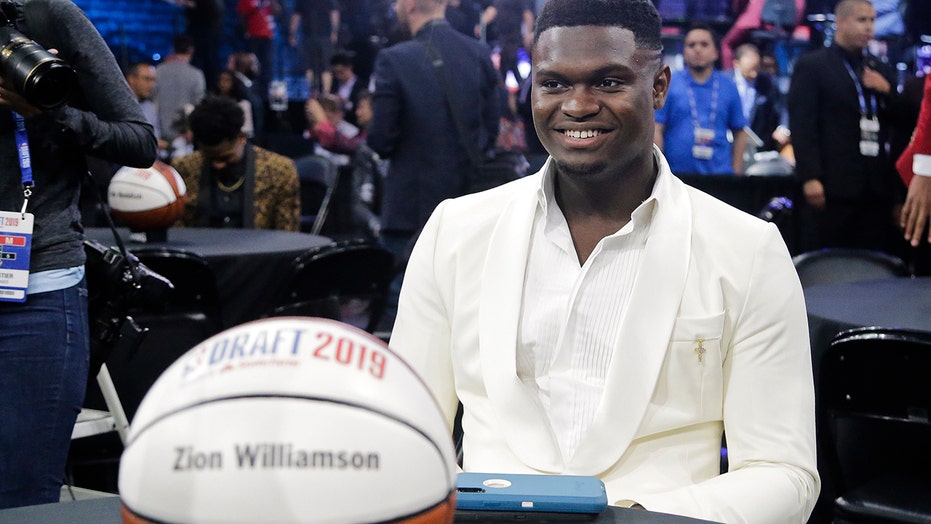 The future of the NBA was front and center at the Barclays Center for Thursday night's NBA Draft.

Before a name was announced, college and international stars had a chance to make a statement with their outfits rather than their play, and some delivered in a big way.

Zion Williamson, who was taken by the New Orleans Pelicans with the No. 1 pick, wore a white suit to the event. It made some people reminisce about the suit LeBron James wore before the Cleveland Cavaliers took him with the top pick of the 2003 NBA Draft.

Ja Morant, who was selected second by the Memphis Grizzlies, was wearing purple pinstripes, while the player who was taken after him, R.J. Barrett, rocked a pink suit with a black shirt.

Both men also showed off what was in the linings of their jackets. Morant had photos of his family while Barrett showed off his home country – Canada. Barrett was chosen by the New York Knicks.

Two other players also raised eyebrows with their outfits.

Jaxson Hayes, who was selected by the Atlanta Hawks but will reportedly be included in a trade to the Pelicans, was wearing a Sideshow Bob necklace that featured 1,000 stones.

Bol was expected to be drafted early in the first round, but fell to the second round because of questions over his health. He had a season-ending injury during his only year at Oregon.