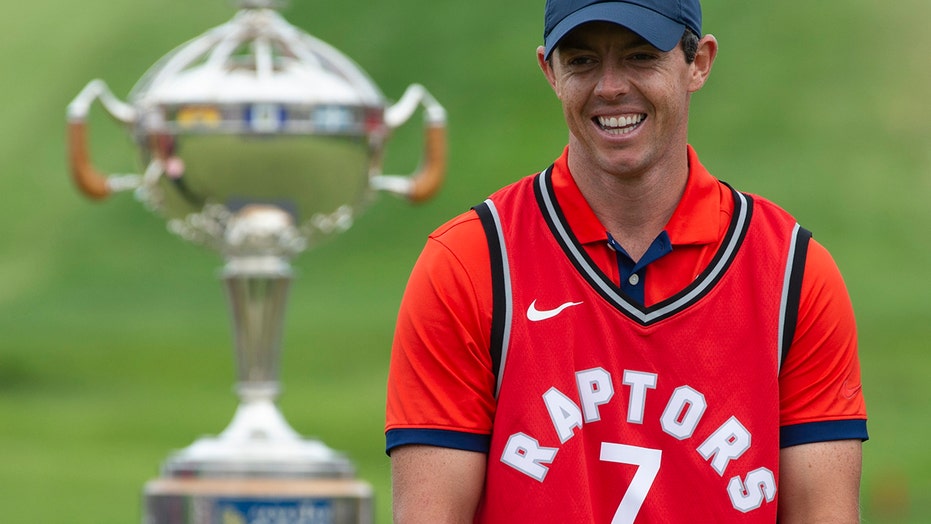 Rory McIlroy broke out a Kawhi Leonard jersey after the golfer won the Canadian Open on Sunday.

McIlroy, who shot a 61 in the final round of his seven-stroke victory, held up the Toronto Raptors jersey as he made his way toward the podium to receive his trophy.

The Northern Irishman then made a bold prediction ahead of Monday’s Game 5 between the Toronto Raptors and Golden State Warriors.

“Raptors in five!” he yelled to a cheering crowd.

Hopefully, for the Raptors, McIlroy’s prediction doesn’t have a Drake-like curse effect on Toronto. Teams and players have lost after getting a boost from rapper Drake.

The Raptors are on the verge of winning their first (and Canada’s first) NBA title, having a 3-1 lead over the Warriors in the series.

For McIlroy, the Canadian Open win gives him some momentum going into the U.S. Open this weekend. He last won the U.S. Open in 2011 and last won a major in 2014.