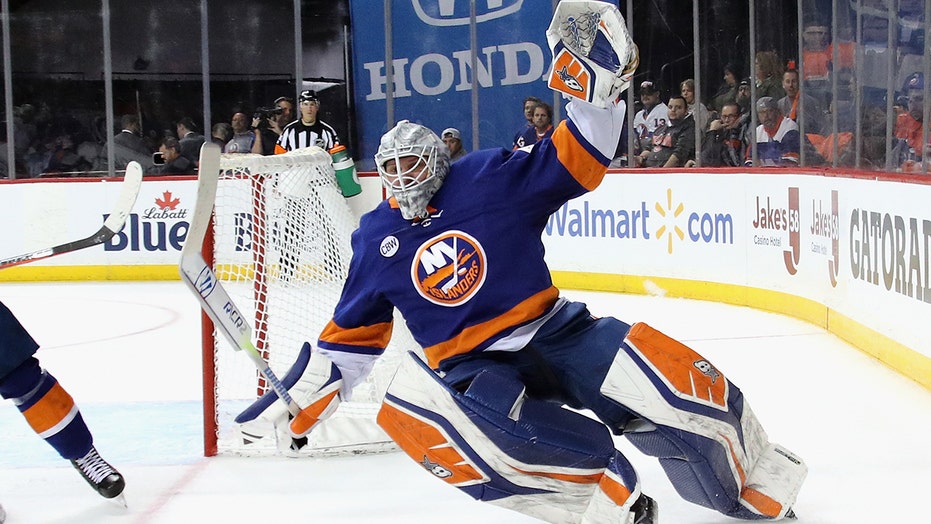 Robin Lehner was stunned to see a huge mistake on his award Saturday.

Lehner, who played for the New York Islanders last season before signing a contract with the Chicago Blackhawks in July, was the recipient of the Masterton Trophy – which is awarded to the “player who best exemplifies the qualities of perseverance, sportsmanship and dedication to ice hockey.”

However, the trophy listed his team as the other New York hockey franchise, the rival Rangers.

Lehner responded to the mix up in a tweet.

In his lone season with the Islanders, Lehner had 1,230 saves and 25 wins between the pipes.

He was also awarded the William M. Jennings Trophy, which is given to a player who allows the fewest goals on average. He shared his trophy with teammate Thomas Greiss.