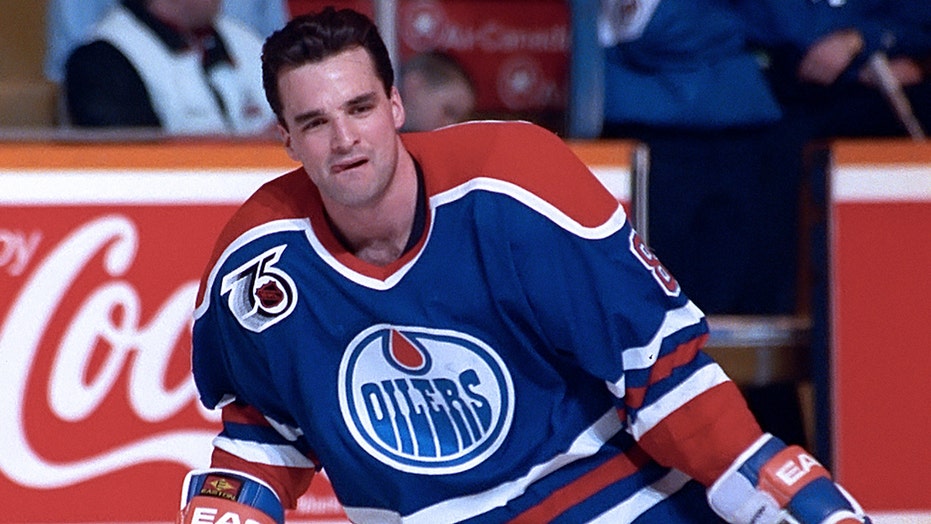 Joe Murphy, who was the No. 1 pick of the Detroit Red Wings in the 1986 NHL Entry Draft and a Stanley Cup champion with the Edmonton Oilers in 1990, is reportedly homeless for the second time in two years and is struggling with his mental health.

Murphy spent 15 seasons in the NHL with the Red Wings, Oilers, Chicago Blackhawks, St. Louis Blues, San Jose Sharks, Boston Bruins and Washington Capitals from 1986 to 2001. He earned more than $13 million in his career, but a Detroit Free Press report revealed Thursday he is homeless in Canada again.

According to the Free Press, Murphy suffered several concussions during his career in the league.

Joe Murphy #8 of the Edmonton Oilers skates in warmup prior to a game against the Toronto Maple Leafs on December 18, 1991 at Maple Leaf Gardens in Toronto, Ontario, Canada. (Photo by Graig Abel/Getty Images)

He was part of a lawsuit against the NHL that failed to get class-action status. The suit stated that Murphy “suffered multiple head traumas during his NHL career that were improperly diagnosed and treated by the NHL. Mr. Murphy never was warned by the NHL of the negative health effects of head trauma.”

The NHL announced a settlement in November 2018 for more than 300 retired hockey players for failing to protect them from head injuries and failing to warn them about the harmful effects. A player who agreed to a settlement could receive $22,000 and claim $75,000 in medical assistance. Murphy told the Free Press he refused because he doesn’t want NHL doctors checking him out.

Murphy is in and out of homeless shelters in Kenora, Ontario, and those who see him suspect he’s using crystal meth, according to the Free Press. Bernie Albany, one shelter director, told the newspaper Murphy slept on the floor for the entire day: “He was out cold.”

The 51-year-old center has received help, but is adamant about not wanting it.

Murphy had previously stayed at a motel paid for by the NHL Alumni Association for several months last winter but moved out, according to the Free Press. Glenn Healy, the executive director of the players’ union, and Adam Graves were those who set the place up for Murphy.

“I didn’t ask them to help,” Murphy said. “They put me in a room and I said this room won’t work. It’s going to end in failure.”

Murphy claimed he preferred to be alone.

“I get into those situations and my head starts going and I don’t want any trouble to start,” he said. “It’s not the shelters, it’s me. I like having the privacy. It’s my own fault.”

And while Murphy’s behavior has been described as erratic, Healy told the Free Press players could get help at any time. All they have to do is call and “we launch the army of help, if they player is in need and is in distress, asking for help,” Healy said.

But still, Murphy remained optimistic when talking to the paper.

“I think next month or two, I’m going to go on a roll and things are going to be good,” he said. “really feel a lot of good things coming on and I look forward to the upcoming NFL season. I love the TV and the sports. Then, in October, the baseball World Series. And the basketball and hockey opener. It’s quite a time.”