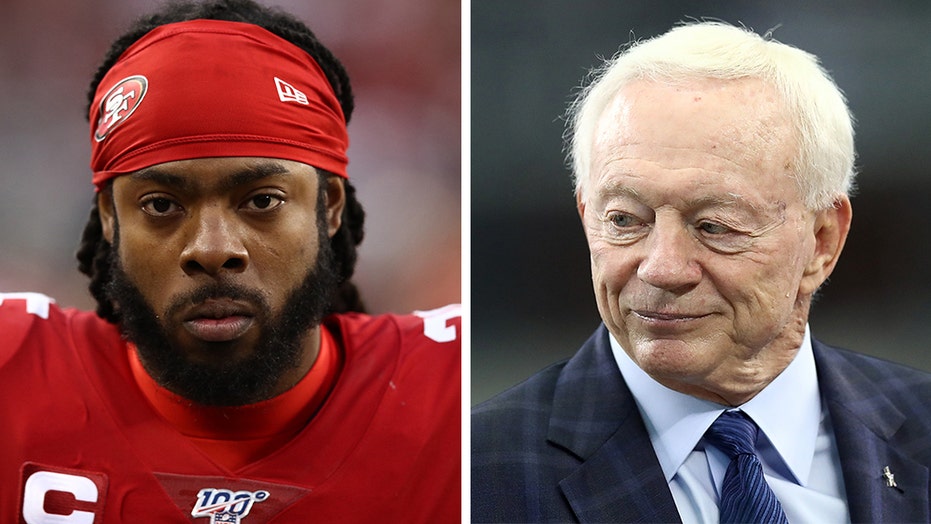 NFL Commissioner Roger Goodell put out a statement saying that “Black Lives Matter”, and teams across the league have expressed their concerns about social injustice, but there haven’t been many owners who have addressed George Floyd’s death and racial inequality in the country.

In an interview with the San Francisco Chronicle, Sherman talked about the absence of team owners during a time that they need to use their platforms to speak up. He specifically mentioned Dallas Cowboys owner Jerry Jones as one of the owners who needs to break his silence.

“It’s not pulling them like it is the rest of the country,” Sherman said. “Because if it was, then they’d speak. Jerry Jones, especially, has no problem speaking up any other time about anything else. But when it’s such a serious issue, and he could really make a huge impact on it with a few words, his silence speaks volumes.”

Former Cowboys wide receiver Dez Bryant also called out Jones over not speaking out about Floyd’s death. Bryant said that Jones, his son Stephen, and former Cowboys tight end Jason Witten should have participated in protests in Texas.

BEARS' JORDAN LUCAS, ONCE 'SCARED' TO KNEEL AS A ROOKIE, VOWS TO DO SO '110 PERCENT' THIS SEASON

“Somebody should have brought Jerry jones Stephen jones and Jason witten to this protest down in Austin......this is not a policy change this is a heart change and yea I said it,” Bryant wrote.

Witten immediately responded to Bryant’s message, but Jerry and Stephen Jones have stayed quiet about the topic.

“Dez - When I saw your tweet, I tried to call you. I don’t know what you’re feeling, but I do know what I stand for and believe in. I believe it’s time for change. I believe we must all listen. I believe together is the way. Let’s unite and impact change together. Much Love,” Witten said in a response to Bryant.

Sherman told the newspaper that he believes everything going on is a sign that times are changing in the country.

“This has probably been the most players speaking up in my time in the league,” Sherman said. “And I think it’s really cool because I think people are starting to recognize the platform that they have. And the influence they can have to make a change.