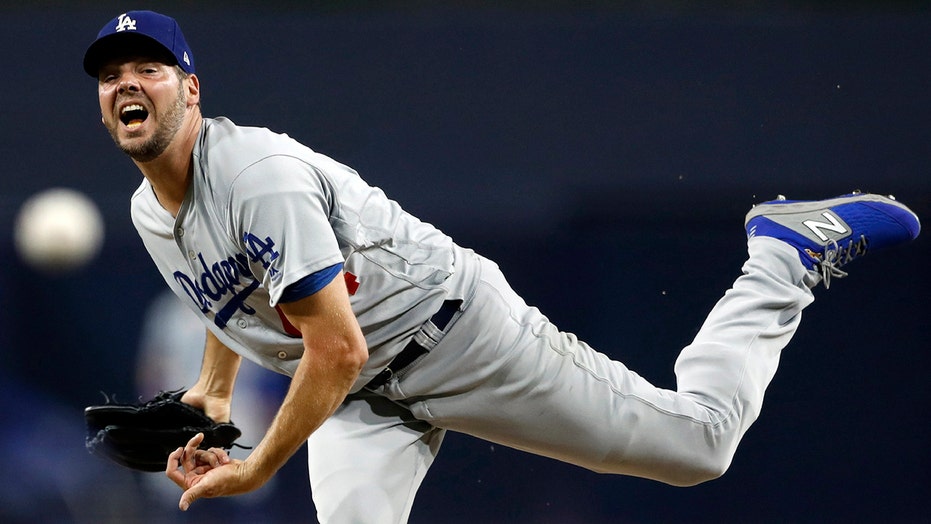 Los Angeles Dodgers free agent pitcher Rich Hill is reportedly set to miss at least half of the 2020 season after having surgery on his pitching elbow.

Hill, a southpaw hurler, had primary revision surgery on his elbow instead of Tommy John surgery, a source told the Associated Press on Monday. The surgery usually requires a shorter recovery time. Hill is reportedly set to start throwing again by April.

The 39-year-old hit the free-agent market after the Dodgers’ season ended in October. He was coming off a three-year, $48 million deal he signed with Los Angeles prior to the start of the 2017 season.

Hill had re-emerged as a valuable pitcher for the Dodgers after having spent most of his career jumping from team-to-team. In four years with the Dodgers, he recorded a 3.16 ERA in 69 games along with 427 strikeouts. He started 68 of the 69 games, giving him the best stretch as a starting pitcher in his career.

He suffered a left forearm strain in the middle of the 2019 season and was on the injury list. He rejoined the team in September and was 4-1 with a 2.45 ERA. He also made an appearance in the National League Division Series against the Washington Nationals, but received a no-decision in the game.

According to the Southern California News Group, Hill has drawn interest from at least 10 teams despite his surgery.