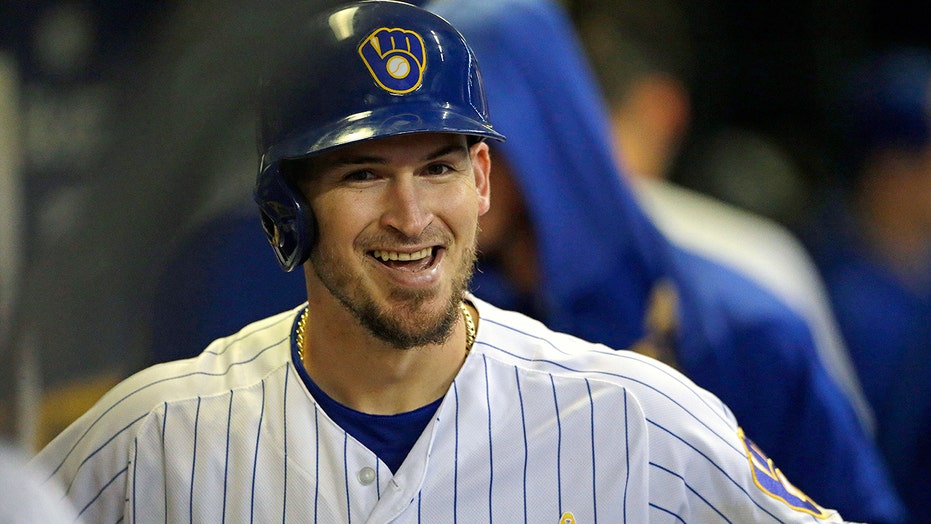 Yasmani Grandal agreed to a four-year contract with the Chicago White Sox on Thursday.

The deal between the free-agent catcher and the team is worth $73 million, the White Sox announced. The team said he will receive $18.25 million per year from 2020 to 2023.

Grandal, who turned down a qualifying offer from the Los Angeles Dodgers last year, signed with the Milwaukee Brewers last offseason. He played 153 games with the Brewers and proved he can start at both catcher and first base when needed.

“He’s such a quality guy, and for him to understand our messaging, our goals, our path to say I want to be a part of that and I’m going to commit to it early so we can move onto the next thing into the Winter Meetings just shows what kind of character we’re talking about,” White Sox team president Kenny Williams told ESPN.

He hit .246 with an .848 OPS and a career-high 28 home runs. He struck out 139 times and walked 109 times – with both numbers career highs. The 31-year-old was also selected for his second All-Star game. However, he declined his part of a mutual option to return to Milwaukee.

Grandal was ineligible to receive a qualifying offer so the White Sox did not have to give up draft-pick compensation to Milwaukee to sign him.

Chicago finished 72-89 last season and missed the playoffs for the 11th consecutive season.