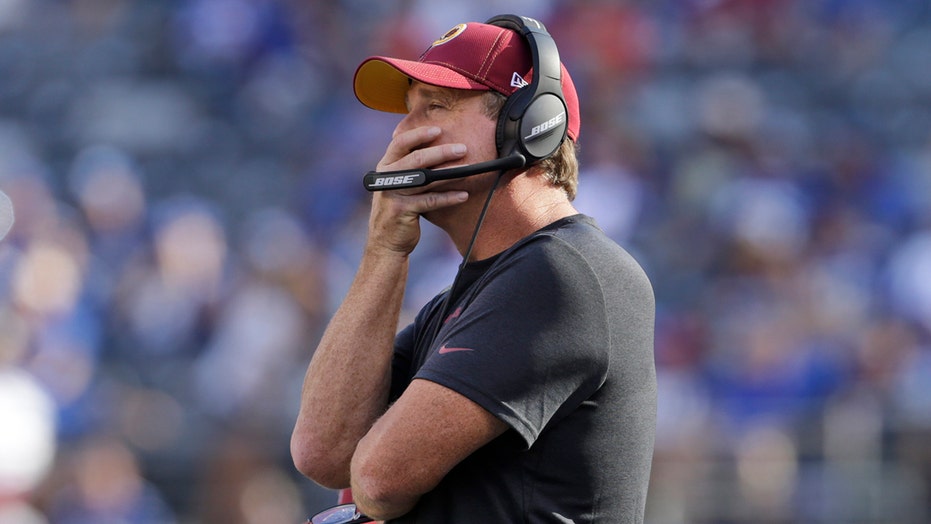 Washington Redskins coach Jay Gruden told reporters Wednesday he has no quarterback plan “right now” ahead of the team’s game against the New England Patriots.

Gruden will have to choose among Dwayne Haskins, Case Keenum and Colt McCoy to start against one of the best defenses in football.

“We don't have one right now,” Gruden said when asked whether he has a starting quarterback plan, according to the Boston Globe.

Haskins was inserted into Week 4’s game against the New York Giants for Keenum, but the team still only managed to score three points. McCoy has not played yet this season and was still working his way back from a broken leg he suffered last season.

Haskins, a rookie from Ohio State, was 9-for-17 with 107 passing yards and three interceptions against the Giants. While there are concerns about whether putting him in against the defending champion Patriots, Gruden joked it’s not going to matter what the team does because he’s backed into a corner anyway.

“No matter what we do with him we're going to be wrong, so it doesn't really matter,” Gruden said, according to The Washington Post.

Washington has lost four straight games to begin the season. The team is a big underdog against the Patriots on Sunday but may get a reprieve when it faces the Miami Dolphins in Week 6.