Antonio Brown reportedly still has yet to meet with NFL investigators about the sexual assault and rape allegations surrounding the former New England Patriots wide receiver.

The NFL has still not secured anytime with Brown despite the case going into a fourth week, Yahoo Sports reported Tuesday, citing a source. The NFL’s investigation into Brown will reportedly remain open “indefinitely” until Brown sits down with league investigators about the case.

The source told Yahoo Sports it wasn’t clear why Brown hasn’t talked to the league yet, but the wide receiver is “well aware” that officials are seeking to meet with him.

Brown was first accused in a civil lawsuit filed in Florida of sexually assaulting and raping a former trainer on three separate occasions between 2017 and 2018 when he was a member of the Pittsburgh Steelers.

Britney Taylor, who filed the lawsuit against Brown, met with NFL investigators on Sept. 16. 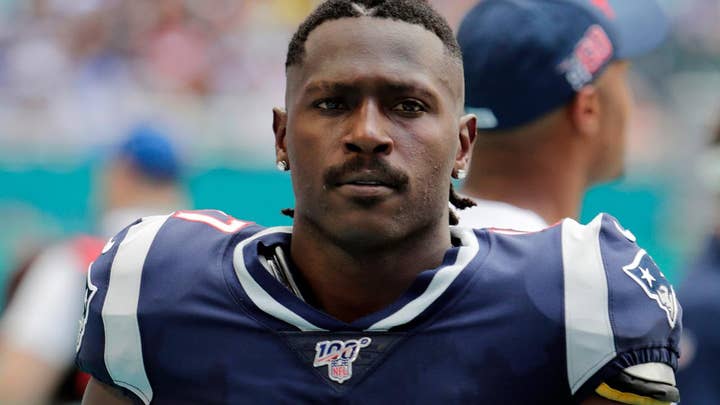 Brown was then accused by another woman in a Sports Illustrated report of sexually assaulting her and then sending him “intimidating texts” after she came forward with her story. The woman, who has not been identified, met with the NFL on Sept. 20.

“The investigation is ongoing and will be pursued vigorously and expeditiously,” the NFL said in a statement last month.

Brown has denied all allegations.

The wide receiver’s 2019 season has been rocky, to say the least. He forced his way out of the Oakland Raiders just a few days before the start of the regular season. He then signed with the Patriots for 11 days and played one game against the Miami Dolphins before he was released.

Brown has since vowed to never play in the NFL, while his agent has revealed that a “few teams” have expressed interested in signing him.