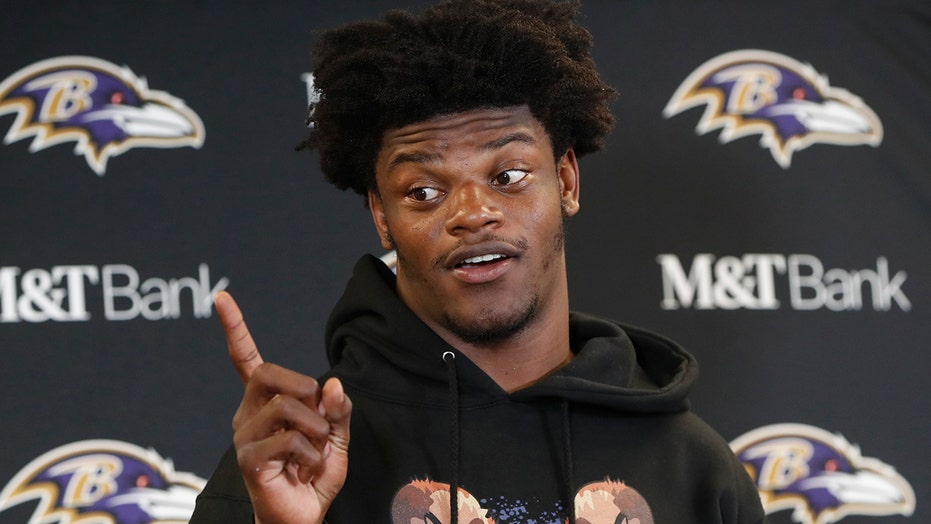 Baltimore Ravens quarterback Lamar Jackson was seen in a video on Monday scrambling with a football on the beach and appeared to be in good shape as training camp is set to begin.

While Jackson was scrambling he appeared to take a scary tumble over a jet ski that parked in the water.

The reigning NFL MVP lept over the jet ski and landed in the shallow water on his shoulder.

The star quarterback, who is set to be on the cover of “Madden 21,” didn’t appear to be hurt.

In his second season in the NFL, Jackson led the Ravens to a league-best 14-2 record and earned home-field advantage throughout the playoffs.

Jackson led the league with 36 touchdown passes. He also had 3,127 passing yards and only six interceptions. Though Baltimore was bounced from the playoffs in the first round, he still managed to set the league on fire and shove his performance in the face of critics who said he wasn’t fit to be a quarterback in the league.

The 23-year-old still has more to prove. The Ravens are reloaded for a big run into the postseason. Luckily, Jackson won’t have to face any jet skis on the gridiron.