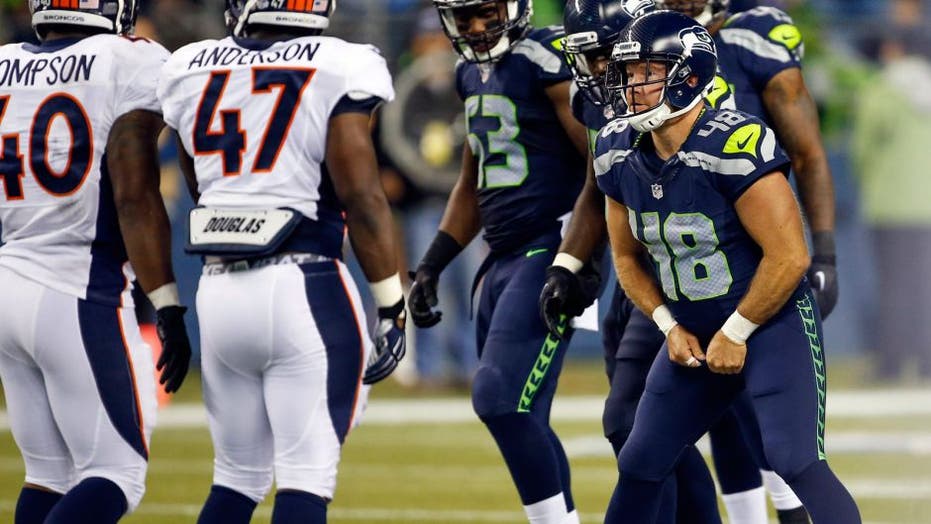 Boyer wrote his message on social media with a picture of an astronaut next to the American flag on the moon. His message: Kneeling for the flag is not unpatriotic.

"Welp, it’s #FlagDay Just a friendly reminder that it’s not racist to honor it & it’s not unpatriotic to kneel before it. From Independence Hall in Philly to the friggin’ Moon in Outer Space the Ragged Old Flag has endured; a symbol of freedom & hope, not yet experienced by ALL,” Boyer tweeted.

Boyer’s message came as NFL players ponder whether to kneel during the national anthem in 2020 to protest against racial injustice and police brutality.

TENNIS STAR NAOMI OSAKA AGREES COLIN KAEPERNICK SHOULD GET HIS JOB BACK: 'IT SHOULDN'T HAVE BEEN THAT WAY'

Boyer notably was the person who consulted Colin Kaepernick on his kneeling protest during the 2016 season. He had said he reached out to the then-San Francisco 49ers quarterback because of what the national anthem and the flag meant to him. He said he understood Kaepernick’s message.

Kaepernick was initially sitting on the bench during the national anthem. Boyer suggested that the former quarterback kneel because he thought it was more respectful.

“In my opinions and in my experience, kneeling's never been in our history really seen as a disrespectful act,” Boyer told NPR in 2018. “I mean, people kneel when they get knighted. You kneel to propose to your wife, and you take a knee to pray. And soldiers often take a knee in front of a fallen brother's grave to pay respects. So I thought, if anything, besides standing, that was the most respectful.”