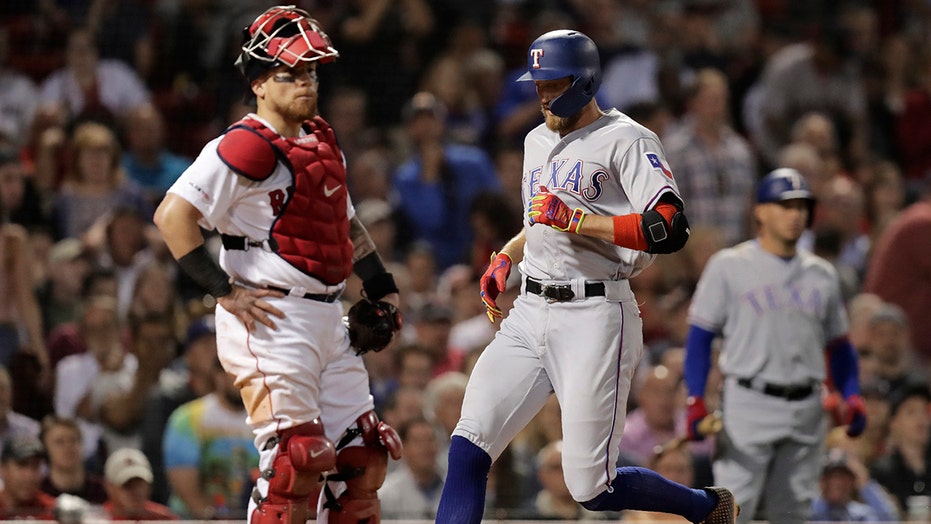 In most cases, inside-the-park home runs are one of the most exciting plays in baseball.

On Tuesday night, however, Texas Rangers designated hitter Hunter Pence made it look like a walk in(side) the park.

Pence was up in the sixth inning against the Boston Red Sox and drove a fly ball down the right-field corner of Fenway Park, where Red Sox outfielder Brock Holt made a leaping attempt but ended up getting tangled in the fence.

There were no outfielders readily backing up Holt to go and grab the ball, so Pence made his way around the bases as the cameras panned to the ball rolling untouched around the warning track.

Pence’s home run helped the Rangers defeat the Red Sox, 9-5, in a game in which both managers were ejected.

Red Sox skipper Alex Cora was ejected in the fifth inning attempting to defend outfielder Andrew Benintendi, who was also tossed. Rangers manager Chris Woodward was tossed after arguing a call with the second-base umpire.

The Rangers improved to 36-30 on the season while the defending World Series champion Red Sox dropped to 34-34.