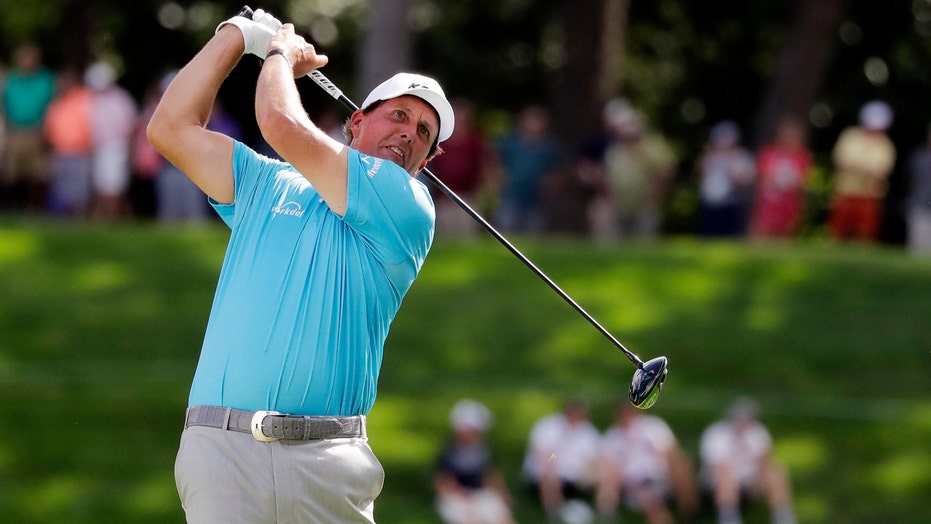 Phil Mickelson, one of the most prominent names in golf, is an American pro currently ranked No. 61 in the world.

Mickelson, 49, first made his appearance on the PGA Tour in 1992. He is ranked No. 9 in all-time wins on the tour while also performing well on the international scene with 10 wins on the European Tour.

Here are some other things to know about Mickelson.

Mickelson, naturally right-handed, was given the name “Lefty” after he adopted the left-hand stroke from his father growing up.

While the wins certainly don’t add up to a heated rivalry, Mickelson and Tiger Woods have been one of golf’s favorite matchups to watch. Woods came on to the scene well after Mickelson had established a name for himself but the young pro quickly achieved success becoming the youngest golfer to win a major before Mickelson even had one.

Over their 20 years playing together, the two have remained good friends but Mickelson doesn’t shy away from an opportunity to trash talk.

As an amateur, Mickelson was awarded the Haskins Award three times. He has also won three World Golf Championships in his career, with the most recent being the 2018 WGC-Mexico Championship. He was inducted into the World Golf Hall of Fame in 2012.

Mickelson ranks 9th overall in PGA Tour wins with 44 events. His most successful year on the tour was in 2005 when he won four events, including one Major. He was ranked World No. 3 at the time. His highest rank was in 1996 when he first reached the No. 2 spot.

Mickelson has won five Majors, including three at the Masters, one at the PGA Championship and one at The Open Championship. He has never once won the U.S. Open. A win there would make him only the sixth person to ever win all four majors through their career.