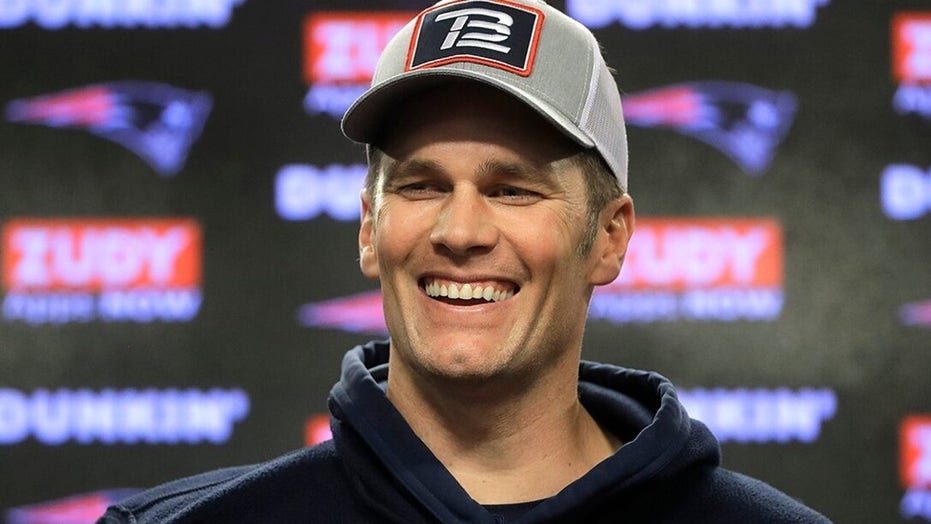 New England Patriots quarterback Tom Brady announced Tuesday that, after 20 years with the franchise, he would be leaving in order to “open a new stage” in his “life and career.”

The six-time Super Bowl champion made the announcement on social media, offering a special thank you to Patriots fans for their long-standing support.

“MA has been my home for twenty years," he wrote. "It has truly been the happiest two decades I could have envisioned in my life and I have nothing but love and gratitude for my time in New England … My children were born and raised here and you always embraced this California kid as your own.”

In the lengthy goodbye Brady did not disclose what team he would be signing with once he enters the free agency market on Wednesday, only adding that “I don’t know what my football future holds but it is time for me to open a new stage for my life and career.”

Rumors have circulated for months as to where Brady could end up. With New England no longer an option, here are the four most probable teams to sign the quarterback.

After cutting ties with quarterback Philip Rivers, the Chargers reportedly made a “strong financial commitment” to Brady before his announcement, NFL’ Networks Michael Giardi said Tuesday. It’s speculated that Brady is looking for a two-year contract, making the Chargers the most ideal pick.

The Buccaneers reportedly made an aggressive move on Brady, offering him a $30 million “or more” contract for an unknown length of time, NFL Network's Ian Rapoport reported on Tuesday.

This after it was reported last week that the Patriots offered Brady a one-year contract for less than his previous season’s salary. The Buccaneers are also looking to replace quarterback Jameis Winston, who becomes a free agent this week after a difficult season.

Vegas appeared to be a top contender for Brady, but on Monday they signed free-agent quarterback Marcus Mariota to serve as a backup for Derek Carr. While the option seems less viable, Brady has received support from UFC president Dana White to take a chance on the Raiders.

After coasting to the Super Bowl with Brady’s former backup, it was speculated that the 49ers were interested in pursuing him during free agency. But on Sunday, rumors swirled that the 49ers had decided to back out of the race.