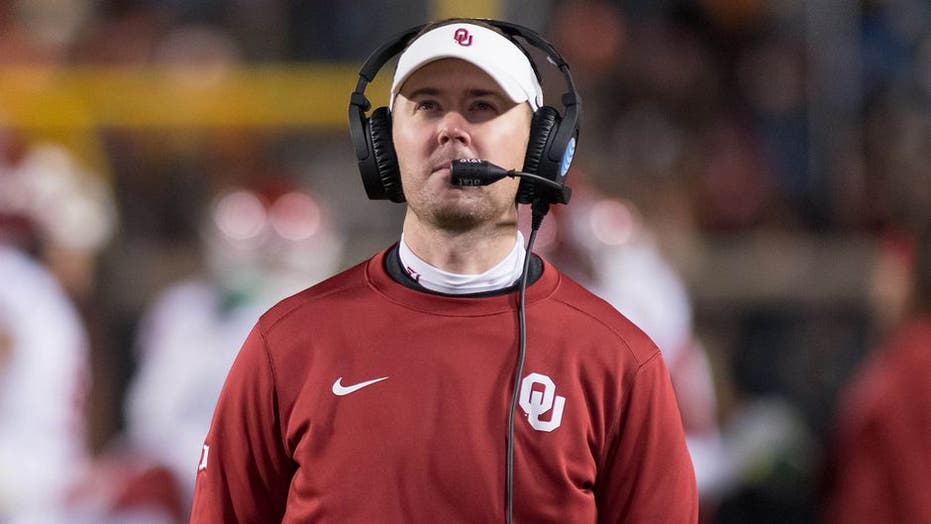 Oklahoma football coach Lincoln Riley took part in the #BlackoutTuesday social media trend in an attempt to support the black community on Tuesday.

Riley was asked Wednesday about why he tweeted the black square out and explained that it was personal to him, according to Rivals.

“Because it’s a personal belief of mine,” Riley said. “All lives do matter but the incidents here of all the different things that have gone on between law enforcement and specifically black males has highlighted that. And it’s highlighted that — people have said it very well, maybe better than I can say it — that all lives can’t matter until black lives do too. And on an equal playing field. That’s something that I totally agree with.

“That’s not something that’s done because I coach a football team that has a lot of young black males on it or has staff that has black males on it. That has nothing to do with it. It’s having been on football teams, been in those locker rooms, I’ve seen how awesome it can be when everybody takes an approach of we’re all on the same playing field, we’re all equal and how beautiful that is.

"And so being in those situations for the majority of my life has only made me appreciate more how awesome and how much better life is when we don’t worry about the color of skin or any other factors and we treat people the right way and people have opportunities based on the work they do and the decisions they make.”

Riley was among the first coaches from the top conferences in the NCAA to condemn the death of George Floyd, the Minneapolis man who died in police custody May 25 after an officer kneeled on his neck for more than 8 minutes in a moment caught on cellphone video.

He added that he wanted to see some change in the world.

“Certainly I stand with my players, I stand with an opportunity to help make this world a better place however big or small that opportunity is,” Riley said. “So I don’t think anything would be off the table as far as a protest or a call for equality and for the world to get better, which it needs to right now. As long as it’s done tastefully, it’s well thought-out, it’s done peacefully, there’s certainly nothing off the table in that realm for me personally.”