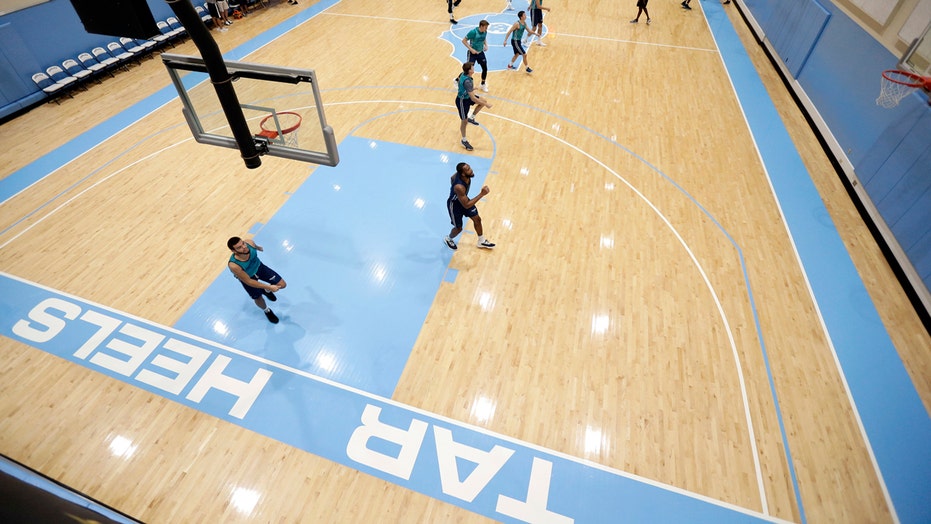 North Carolina athletic director Bubba Cunningham said that athletes would be professionalized if current name, image, and likeness legislation is enacted, and he believes that would be against the NCAA’s purpose.

Cunningham spoke with CBS Sports after a letter was obtained by the website, and he expressed his concerns over recent NIL recommendations from the NCAA's Federal and State Legislation Working Group.

Part of the letter reads: "Despite public pressure that has been exerted on NCAA leaders … we urge those involved in the ongoing legislative conversations not to abandon a model that has provided educational and athletic opportunities for hundreds of thousands of student-athletes."

"The membership is further and further away from Indianapolis than we've ever been," Cunningham told CBS Sports. "What we do is end up accepting what comes our way and then trying to deal with it. That shouldn't be the way it works. More people are raising their hand saying, 'This really doesn't make sense to me.'"

In most cases, compensation would be made due to the athletes’ on-field talents, and Cunningham believes that would be a step in the direction of making them professional athletes. He said that he recently had a conference call with fellow ACC athletic directors, and Cunningham told them that he doesn’t support any of the proposed NIL changes, but he does approve of the NBA’s G League, which has basically become a minor-league alternative in basketball for those who want to be professionals.

"Since that phone call, I've had a lot more ADs say, 'We agree, this is way too far. If this is what you're recommending, what didn't you recommend? If we go down this path, we've … professionalized the college student,'" Cunningham told the website. "... We need more choices for people that don't want to participate in [the collegiate] model. I wish we had something for football right now."