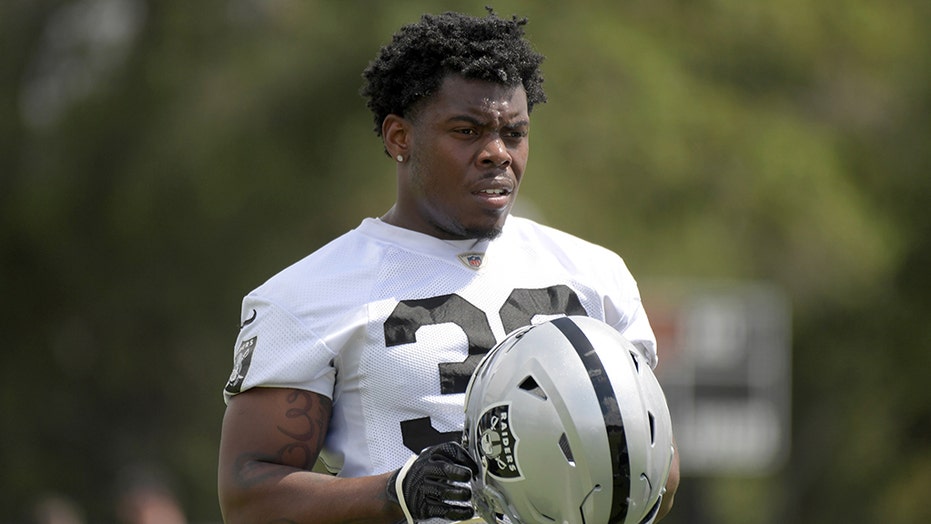 Oakland Raiders running back Jalen Richard vowed he would not get his children vaccinated, starting a back-and-forth on social media Wednesday as advocates of mainstream medicine and anti-vaxxers battled online.

Richard, who is going into his fourth season as a Raiders running back, asked about vaccination laws in California and someone replied asking him to vaccinate his children. Richard said there was “no chance” he would get his children vaccinated, which launched a discussion.

“None of my kids will be vaccinated,” Richard tweeted, adding “Man-made diseases.”

One user called the Southern Miss alumnus “unintelligent” and Richard struck back.

Richard’s latter tweets started to drift in and out of the vaccine conversation. He then tweeted his take on the MMR vaccine, which protects against measles, mumps and rubella.

AS PRESIDENT, BOOKER HOPES TO WELCOME 'NEW JERSEY GIANTS' TO THE WHITE HOUSE

“MMR vaccine - one component of this vaccine is called WI-38 human diploid lung fibroblast. This is contracted from a female fetus that has been aborted,” he wrote.

Richard then revealed his 9-month-old daughter has yet to get her vaccines.

“My daughter 9 months no vaccinations & just left the doctor and is healthy as can be.”

Richard’s discussion may have started because of a proposed bill in California that would tighten medical exemptions on those who can avoid vaccines and gives the state’s health department power to decide who receives the vaccines, according to Sac Bee.

The bill was then amended to ease the list of medical exemptions that doctors could use to allow children to skip required immunizations and has earned the support of Gov. Gavin Newsom, according to the Los Angeles Times.

The bill passed the California Assembly late last month and was sent to Assembly Appropriations.