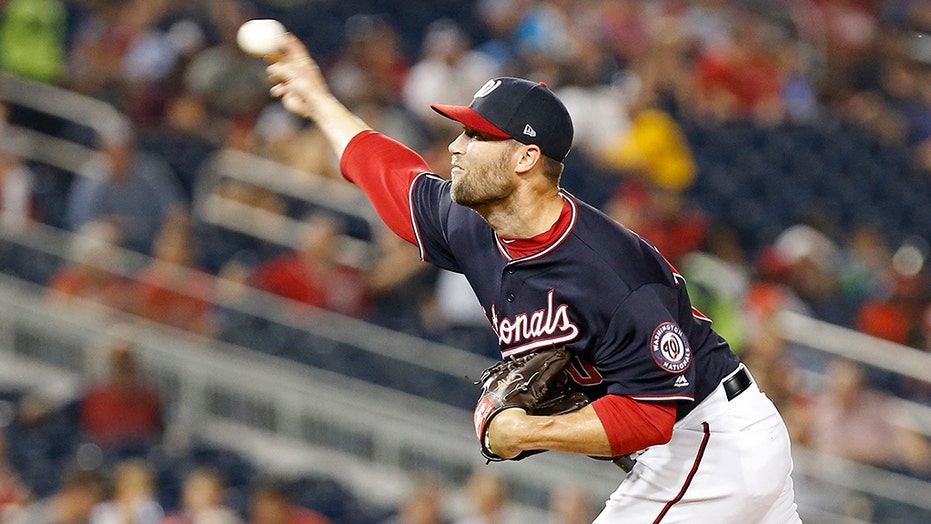 Washington Nationals reliever Hunter Strickland revealed Tuesday he was injured in a weight room mishap at PNC Park before the team’s game that day against the Pittsburgh Pirates.

Strickland posted a picture of himself on Instagram, suggesting that he had broken his nose after getting mixed up with a barbell. According to The Washington Post, Strickland was seen in the clubhouse with a bandaged nose moments before the picture went live on social media.

"Broke nose never killed anyone. We have a playoff push so let’s keep it going @nationals This team is special!,” he wrote. “Side note: barbell=1 me=0.”

Strickland did not pitch in the 4-1 loss, but manager Dave Martinez told reporters after the game that Strickland was available if they needed him. He should not have to be placed on the injury list, Martinez said.

Washington acquired the right-handed pitcher in a trade with the Seattle Mariners during the season. In eight appearances with Washington, Strickland has a 1.29 ERA and a 6.4 SO/9.