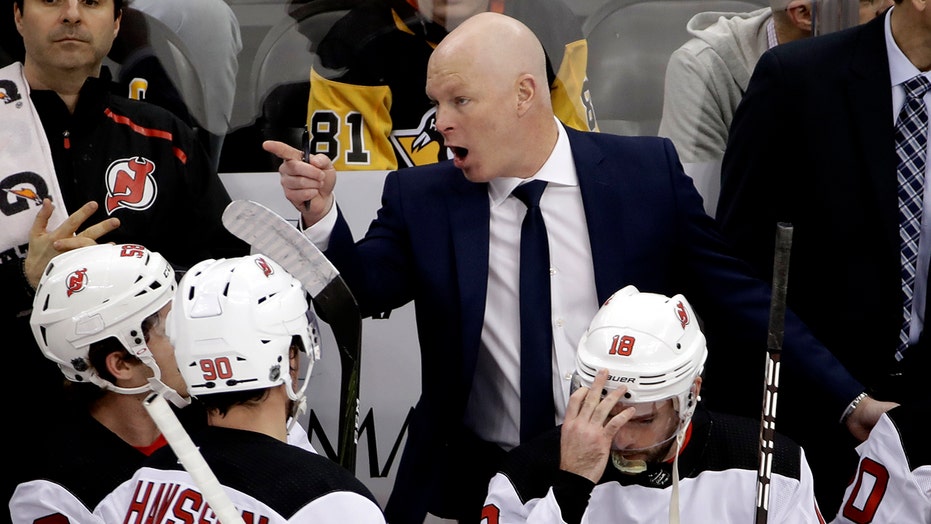 General Manager David Poile made the announcement, just one day after firing Laviolette and assistant coach Kevin McCarthy on Monday following a series of losses, including one at the Winter Classic last week against the Dallas Stars.

"Under the leadership of Peter and Kevin, our organization reached unprecedented heights - from our franchise-altering run to the Stanley Cup Final to a Presidents' Trophy and our first two Central Division titles," Poile said.

On Tuesday, Poile seemed excited to welcome Hynes, who was only recently let go himself from the Devils’ organization.

"We love his coaching resume and are confident that he has learned from every stop during his career, and has the best skill set to get the maximum potential out of our team,” Poile said.

Hynes, 44, was 150-149-5 as head coach with the Devils, which fired him Dec. 3 despite signing him to a multiyear extension last January. He was let go after a 9-13-4 start that left New Jersey in last place in the Metropolitan Division and with the NHL’s second-worst record.

Hynes will now try and dig the Predators out of 11th place in the Western Conference as they take on the Boston Bruins’ Tuesday night.

"This is a tremendous opportunity to join an organization with a history of success, a team with immense talent and a phenomenal fanbase," Hynes said. "This organization has a strong foundation, from its ownership and executives to the entire front-office staff, and I'm excited to come in and try to maximize this team's abilities."

New Jersey hired Hynes before the 2014-15 season, and he led the Devils to six more points than in their previous season. He guided the Devils to the 2018 playoffs for the first time since 2012 in a season when Taylor Hall won the Hart Trophy for scoring a career-best 93 points in 76 games. He also helped develop Nico Hischier, the No. 1 overall pick in 2017.

Hynes was head coach in the AHL of Wilkes-Barre/Scranton for five seasons after being an assistant coach. He also spent nine seasons on the staff of the USA Hockey National Team Development program, including as head coach from 2003-09 working with players like Patrick Kane, Jimmy Howard, Phil Kessel, Jimmy Hayes and Jason Zucker.

The native of Warwick, R.I., was coach when the Americans won the 2004 World Junior Championship, their first medal there since 1997.