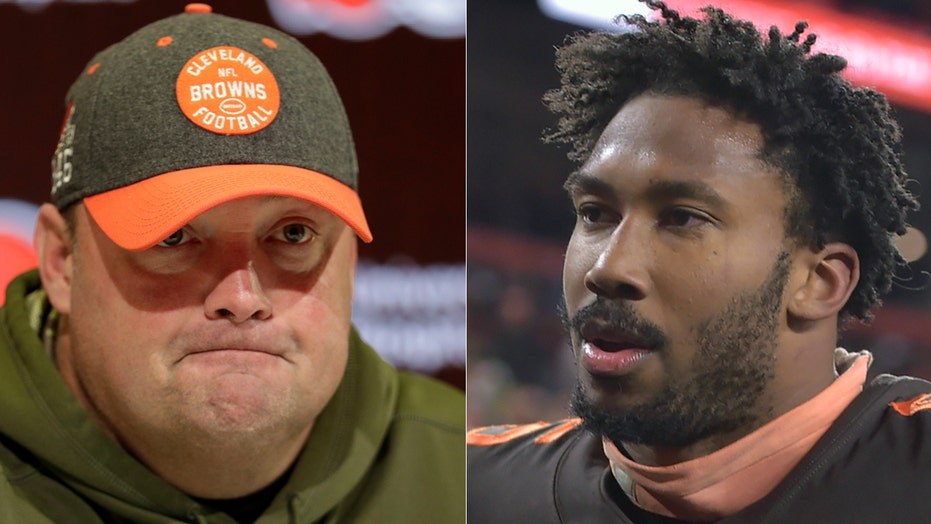 Cleveland Browns coach Freddie Kitchens threw his support for defensive end Myles Garrett in the wake of an indefinite suspension he received for his role in a brawl last week against the Pittsburgh Steelers.

MYLES GARRETT CAN HAVE HIS INDEFINITE SUSPENSION REDUCED BY DOING THIS, ROGER GOODELL SAYS

Kitchens added: “There's no excuse for that to happen on a football field. I know that. Myles knows that. All the players in the locker room know that. That's it. There's no excuse. But, in saying that, we're going to support Myles Garrett going forward in any way that he needs support.”

Garrett received an indefinite suspension and an undisclosed fine. However, he is set to appeal his suspension Wednesday in person. He is set to meet with league officer James Thrash.

Garrett apologized for his actions on Friday.

“Last night, I made a terrible mistake. I lost my cool and what I did was selfish and unacceptable,” Garrett said. “I know that we are all responsible for our actions and I can only prove my true character through my actions moving forward. I want to apologize to Mason Rudolph, my teammates, our entire organization, our fans and to the NFL. I know have to be accountable for what happened, learn from my mistake and I fully intend to do so.”