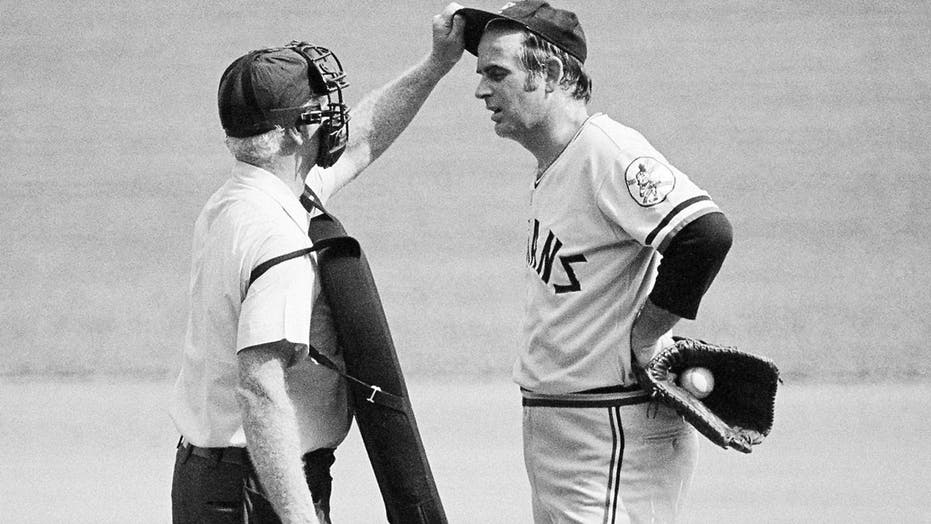 Gaylord Perry threw a spitball. Joe Niekro had an emery board and a piece of sandpaper. Whitey Ford used his wedding ring.

Pitchers have been tinkering with the ball for years in search of an advantage, skirting and — occasionally — breaking major league rules in the process. But they might have to work a little harder on their deception this season.

In response to inquiries from clubs on the topic, Major League Baseball recently issued a reminder to teams about what is allowed and what violates sections 3.01 and 6.02 of the Official Playing Rules. The commissioner's office went over possible discipline for violations and the duties of the umpires in those situations.

It also has been following up with teams on the topic during spring training.

Rule 3.01 says no player shall intentionally discolor or damage the ball by rubbing it with soil, rosin, paraffin, licorice, sand paper, emery paper or other foreign substance. Rule 6.02 prohibits the application of a foreign substance to the ball or even possessing a foreign substance on the mound. It also says defacing the ball “in any manner” is against the rules.

The running conversation on the pair of rules has captured the attention of players and coaches alike this spring training.

“I have heard and I mean a lot of the coaches have come up and said ‘Hey, like we can’t even carry anything, I mean non-substance related, we’re going to get in trouble for it, we get fired,’” White Sox pitcher Dallas Keuchel said. “I mean I know the rule now, but I mean I don’t know exactly the use of it. Who uses it? Who doesn’t use it?”

“It’s been going on for decades, since I’ve known baseball, but, hey, if they want to enforce it, then they’re going to enforce it,” Keuchel said. “That’s just the way it’s going to be.”

No one knows exactly how many pitchers use a foreign substance to gain an advantage, or what might result of any increased diligence in the area.

Cincinnati Reds pitcher Trevor Bauer told HBO's “Real Sports” for a segment shown last month that he believes 70% of major league pitchers use an unallowed sticky substance on the ball. Bauer also suggested in 2018 that pitchers with the Houston Astros were manipulating balls to increase spin rates.

“All that I've heard and understand is that they're just going to crack down a little bit more on foreign substance,” Chicago Cubs pitching coach Tommy Hottovy said Thursday.

“To the extent of what that is and what guys can (or) can't use, I mean there's rosin on the field. Guys put sunscreen on during day games. So it's going to be hard to say OK we can do this and not that, or what they're actually cracking down on yet.”

Speaking in Florida, players' association head Tony Clark said the union has discussed the foreign substance rule and its enforcement with MLB.

"We'll have to see how that manifests itself moving forward,” Clark said.

If MLB enforces a more strict interpretation of the two rules, a safety issue could develop if more batters are hit by pitches in tough weather conditions.

Hottovy said he thinks time will tell about how it is going to go.

“I think we'll get a better sense of it once we start talking to umpires of what they're going to be looking for and what are going to trigger some of those things they're going to ask,” he said, “and again, just understanding whether or not it's going to be means for ejection or they're just going to say ‘Hey, you’re using something, change the glove' or whatever that might be.”