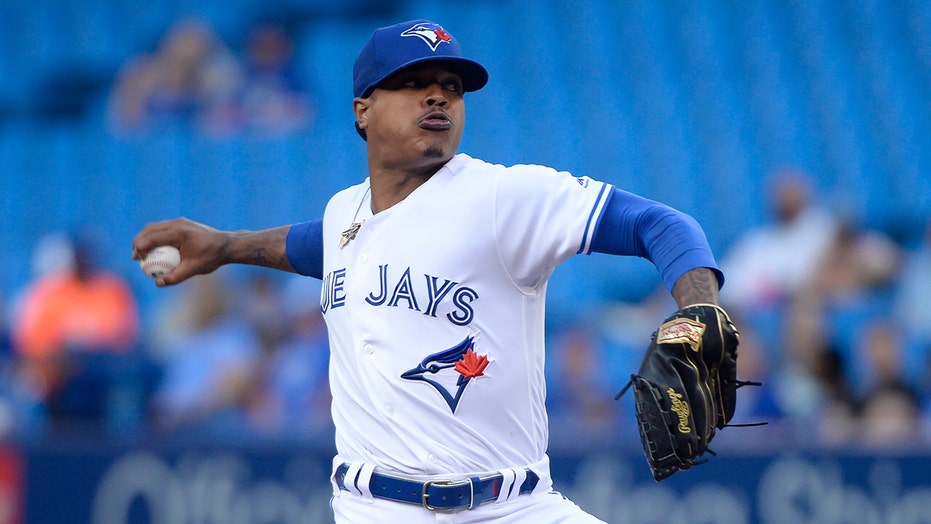 The New York Mets acquired Marcus Stroman from the Toronto Blue Jays on Sunday in a pivotal pre-trade deadline deal that may give the team some help while they try to push for the playoffs.

Since news of the trade broke, social media sleuths tracked down a video showing a young Stroman appearing on the old Nickelodeon game show “Figure it Out” and actually winning a prize.

Summer Sanders, a former Olympic swimmer who hosted the show, announced during the game a randomly selected studio audience member would receive a chance to win a $100 Toys R Us gift card. It was a young Stroman who got the shot to win.

As if the nostalgia of Sanders and “Figure It Out” didn’t tug on some heartstrings, it was Amanda Bynes who actually helped Stroman win the gift card. Bynes said one of the secret buzz words, which ended up getting her slimed and in the end securing at least one new toy for Stroman.

Stroman, upon learning that he was traded, posted a photo of himself in a Mets outfit when he was even younger than he was when he appeared ton “Figure it Out.”

The young pitcher is one of the more exciting players in baseball. He boasted a 2.96 ERA in 21 starts with the Blue Jays this season before the trade.

“Coming home is huge,” he told reporters Monday, according to MLB.com. “So yeah, I’m excited to be a New York Met. I can’t wait to get there and be a part of it.”

It’s unclear when Stroman will make his first start with the Mets. He last pitched Wednesday.