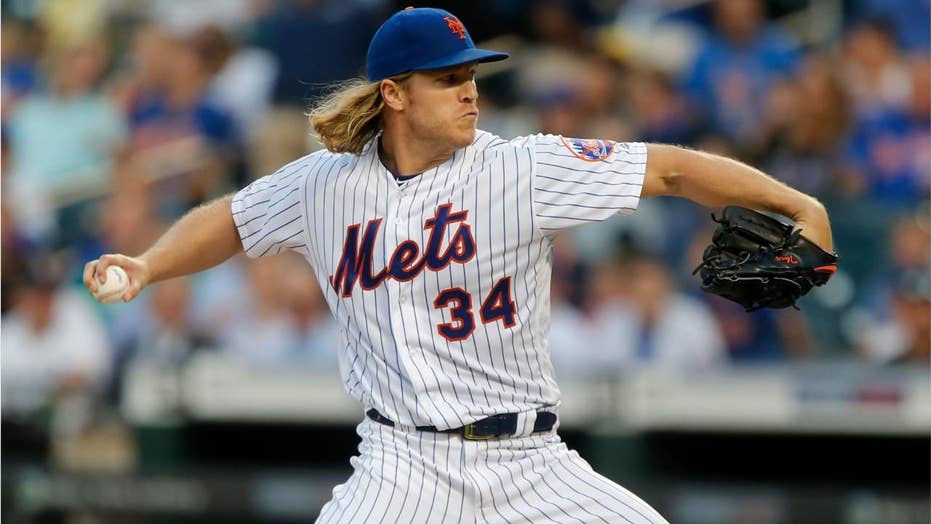 Trade rumors swirl in the Mets' dugout with fan-favorite pitcher Noah Syndergaard on the chopping block.

New York Mets star Noah Syndergaard appeared to be bracing for a trade Sunday as rumors surrounding the pitcher began to swirl even more in the wake of the team acquiring Marcus Stroman.

Syndergaard addressed trade rumors on social media, changing his Twitter bio and posting a picture reacting to his name being back on the trade block.

He also posted an Instagram photo with the caption: “When you’re on the trading block for the 2nd time in 6 months.”

The San Diego Padres have been the team most linked to Syndergaard. The righty has a 4.33 ERA in 20 starts for the Mets this season.

The Mets are also rumored to be shopping Jason Vargas and Zack Wheeler.

New York acquired Stroman in a deal with the Toronto Blue Jays on Sunday. Stroman posted a 2.96 ERA in 21 starts with Toronto this season. He also earned his first All-Star Game appearance.