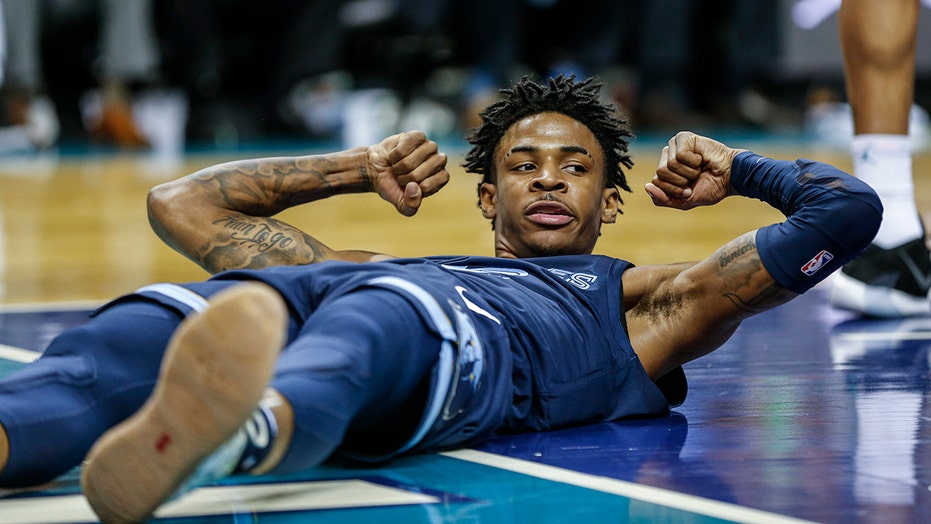 Memphis Grizzlies rookie Ja Morant made the game-winning basket Wednesday night against the Charlotte Hornets and subsequently shared the moment with his father on the sidelines.

Morant’s basket put Memphis up 119-117 over Charlotte with less than a second remaining. It was his first-career game-winning basket and gave the Grizzlies their fourth win of the season.

After Morant’s basket, he was seen celebrating on the sidelines with his father.

“I looked and he was at half court,” Morant said, according to the Commercial Appeal. “Like, ‘bro, your seat is at the baseline.’ But that’s just him.”

The South Carolina native, who grew up two hours away from Charlotte’s Spectrum Center, said he heard the support from the fans in the arena. Morant said a lot people from his hometown were at the game.

PISTONS’ THOMAS HAS FOOT SURGERY, OUT FOR AT LEAST 6 WEEKS

Morant’s bucket was part of a 23-point performance, which included a career-high 11 assists.

“He’s got that ultra-confidence and it just kind of permeates throughout the team when he gets going” Memphis coach Tyler Jenkins said.

Memphis’ Jonas Valanciunas added 18 points and 13 rebounds in the win.

Memphis Grizzlies guard Ja Morant flexes after being fouled in the first half of an NBA basketball game against the Charlotte Hornets in Charlotte, N.C., Wednesday, Nov. 13, 2019. (AP Photo/Nell Redmond)

Charlotte got 33 points from Terry Rozier in the loss. Malik Monk added 20 points and eight rebounds off the bench.

Memphis improved to 4-7 on the season. Charlotte fell to 4-7.