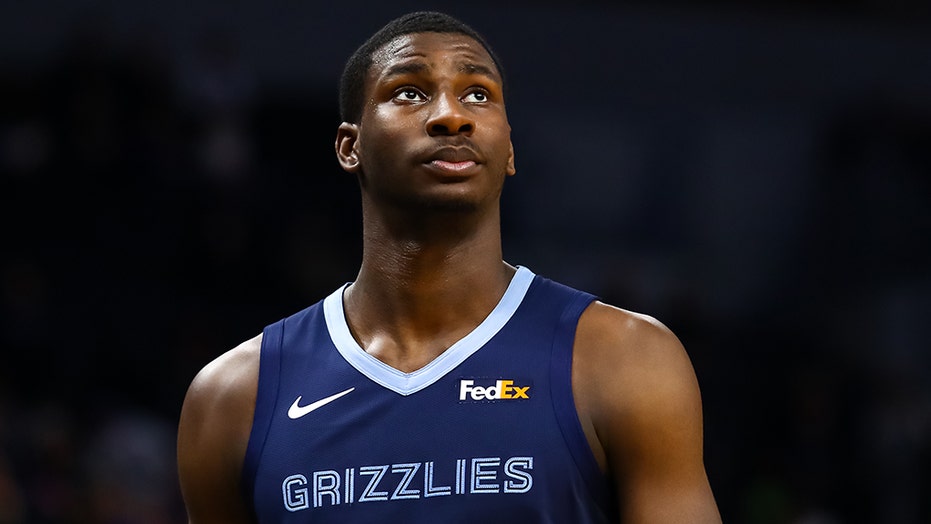 Memphis Grizzlies forward Jaren Jackson Jr. is learning the hard way what it is like to be a young NBA star trying to check in at hotels during the offseason.

Jackson, 19, learned Tuesday that he has to be 21 to check into some hotels. He tweeted his revelation along with a picture of his bags sitting the lobby.

It’s unclear which hotel Jackson was trying to check in to.

The Michigan State product finished up his first season with the Grizzlies, playing in 58 games. He averaged 13.8 points and 4.7 rebounds during his first professional season.

Memphis drafted Jackson with the No. 4 pick of the 2018 NBA Draft. He played one season at Michigan State and was named the 2017-18 Big Ten Conference Rookie of the Year.

Jaren Jackson Jr. #13 of the Memphis Grizzlies looks on after getting a technical foul in the second quarter against the Minnesota Timberwolves at Target Center on January 30, 2019 in Minneapolis, Minnesota. (Photo by David Berding/Getty Images)

The Grizzlies will be adding to their young team Thursday as the select second in the NBA Draft.