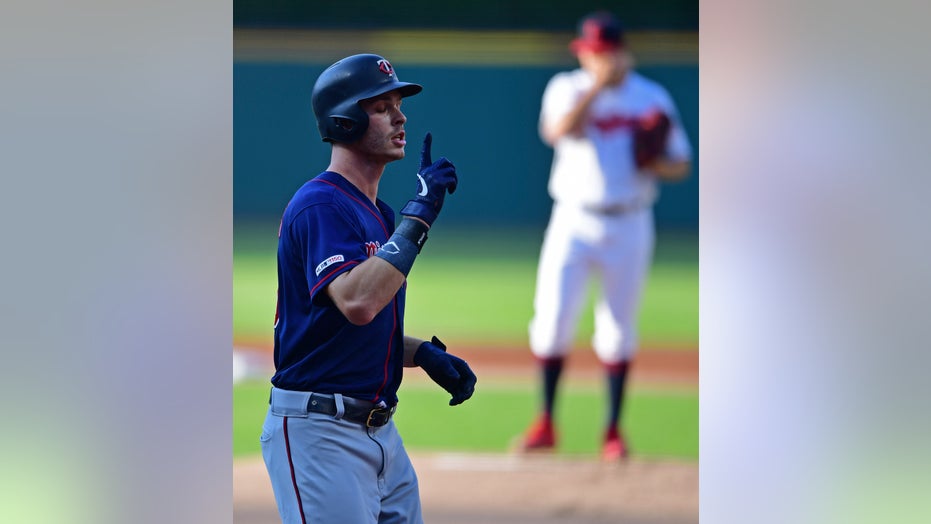 The unlucky pitcher: Trevor Bauer of the Cleveland Indians.

It ties the longest streak for home runs in consecutive at-bats against one pitcher, with the previous instance occurring in (2003-04) when Carlos Delgado did it against Jorge Sosa. Before 2004, you have to go back 40 years earlier when Frank Howard launched five home runs against Bob Hendley between (1963-64), according to Elias Sports Bureau.

Because the previous two instances happened over two seasons, Kepler's record stands as the only person to accomplish the feat in a single season.

Kepler, 26, connected on two home runs in his first two at-bats against Bauer on Saturday night, after homering three times off the Cleveland pitcher in Minnesota's win on June 6.

Kepler led off Saturday's game with a home run in just the third pitch of the contest.

The next inning he smashed another solo home run into right-center field, giving the Twins a three-run lead and tieing the MLB record.

The Twins slugger finally cooled off in his next at-bat, with Bauer striking out Kepler, the thorn in his side, during the fourth inning.

After the game, Bauer didn't have an answer as to why Kepler has been so successful against him this season.

Kepler would eventually go 2-for-5 in the 6-2 Twins victory, giving Minnesota a comfortable 7.5 game lead over the Indians in the American League Central. After the game, Kepler didn't put any weight on his accomplishments.

"Every pitcher is the same,'' Kepler told ESPN. "I have the same approach. I just try to simplify it when I go up there.''

"It's unfathomable that it's happening right in front of our eyes,'' Baldelli said.