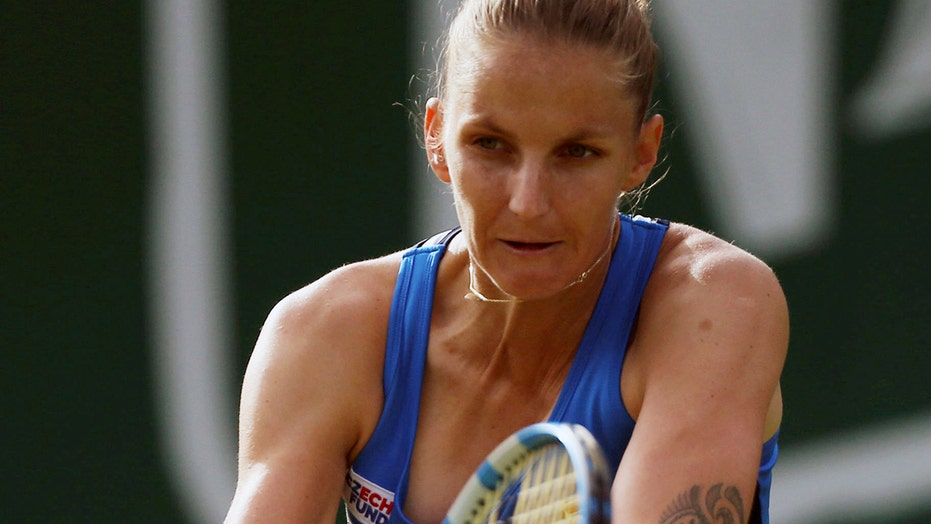 A match between Karolina and Kristyna Pliskova made history Wednesday.

The two became the first pair of identical twins to faceoff in WTA Tour history and ended with Kristyna Pliskova, the No. 112 ranked player in the world, upsetting her sister, who was the No. 3 in the world.

DEL POTRO IN DOUBT FOR WIMBLEDON AFTER INJURY AT QUEEN'S

“We both were nervous,” Karolina said after the match, according to WTATennis.com. “I was not scared about losing or winning -- but because we didn't face each other in so many years, so we just didn't know how it was going to be.”

The match took place at the Birmingham Classic in England – a warm-up event before Wimbledon starts next month. It was their first match against each other in the main draw of a WTA event.

Kristyna said after the match that their rankings didn’t factor into her performance.

Kristyna had also won their first ever meeting, which took place at the Malta ITF junior tournament when they were just 14 years old. She also has the edge overall, winning six of their 11 matches.