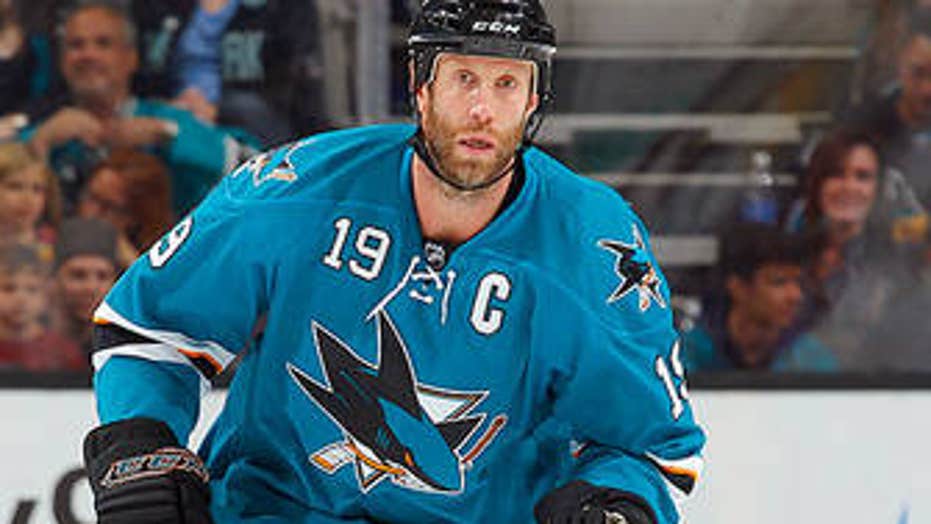 NHL star Joe Thornton could very well be on his way to the Hockey Hall of Fame but apparently, he’s still thinking about playing a 22nd season.

Thornton told reporters Tuesday he wants to play another year and possibly longer.

“Probably play another 10 years. We’ll wait and see, but I’m thinking five to 10 right now. I got nothing else going on,” he said laughing, according to The Mercury News.

Thornton is set to become an unrestricted free agent when the period opens July 1. He said he plans to meet with the San Jose Sharks’ front office and hopes to continue playing for the team.

Sharks general manager Doug Wilson said Monday, “there will always be a place for Joe Thornton in this organization, on or off the ice.” Wilson made the comment after agreeing to an eight-year deal with defenseman Erik Karlsson.

The Sharks acquired the center in a trade with the Boston Bruins in November 2005. Since then, he’s scored 244 goals and recorded a total of 1,024 points with San Jose.

The one-time Hart Trophy and Ross Trophy winner will turn 40 on July 2. He played 73 games for San Jose last season and helped the team get to the Western Conference Final, where they lost to the eventual Stanley Cup-champion St. Louis Blues.