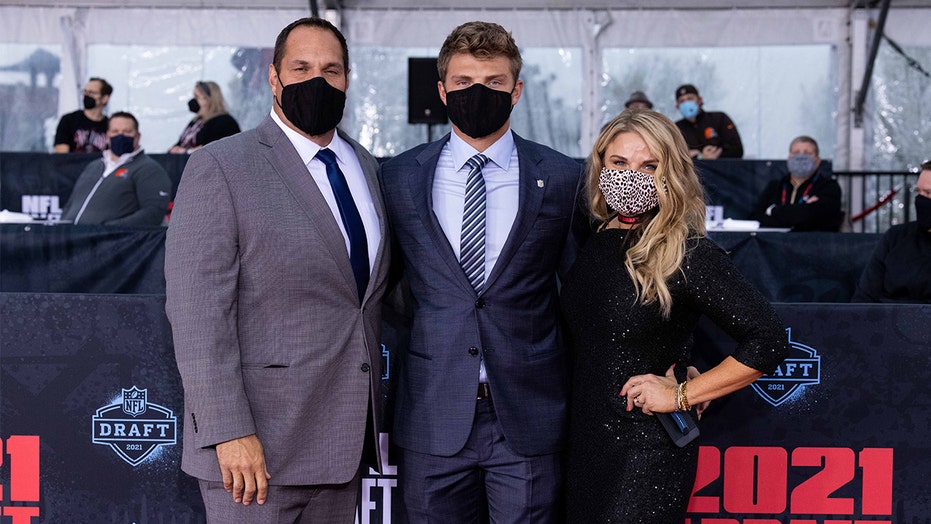 Newest New York Jets quarterback Zach Wilson will be among the newest stars to grace the NFL field.

Before he could get to the podium, the mother of the former BYU stud caught the attention of social media and went viral before NFL Commissioner Roger Goodell could call his name to the podium in Cleveland.

On Friday, Wilson was asked about his mother, Lisa, and her and the attention she got right before the draft started. Wilson brushed off the question.

"Yeah, it’s not my favorite for sure. I like to keep her out of the spotlight. She’s an awesome lady and I love having her support," he told WFAN Sports Radio.

Lisa Wilson and her husband Mike were in Cleveland to support their son as the Jets announced him as their selection at No. 2 on Thursday night. She is a self-described "fitness fanatic" and mother of six children.

Zach Wilson has been linked to the Jets for some time but with the pick official, he wasted no time telling Jets fans what they can expect from him.