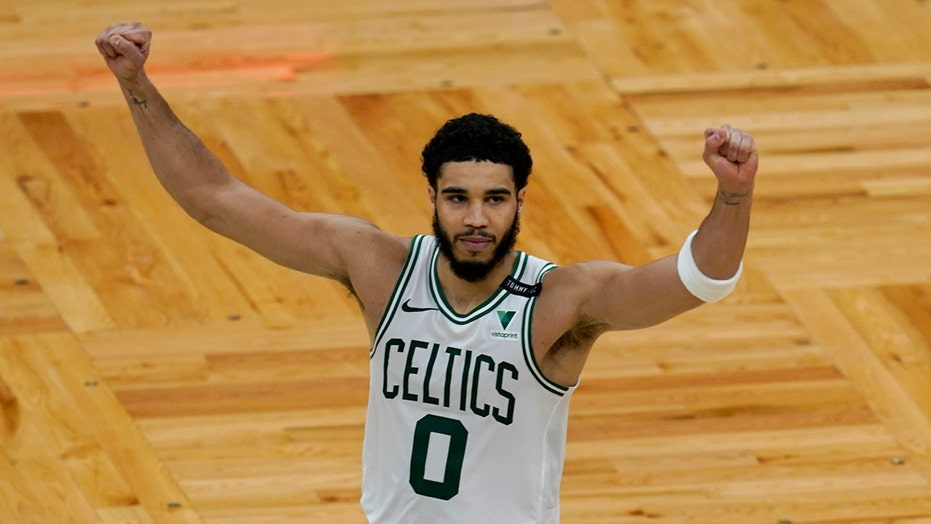 Jayson Tatum scored 60 points on Friday night as part of the Boston Celtics’ massive comeback against the San Antonio Spurs in a 143-140 overtime victory.

The Celtics rallied from down 32 points at one point during the game to win. Boston outscored the Spurs 42-26 in the third quarter and 38-25 in the fourth quarter to force overtime where they would pull out the narrow victory.

Tatum was the obvious focal point of the game.

He was 20-of-37 from the field, 5-for-7 from three-point range and 15-for-17 from the foul line. He added eight rebounds and five assists in the victory.

Jaylen Brown nailed the deciding three-pointer in overtime to push Boston over San Antonio with 16.7 seconds left. He finished with 17 points.

The Spurs shot 71.4% in the first half of the game and were leading by 32 points in the second quarter. They pulled into halftime with a 29-point lead. Boston’s comeback was from the second-largest halftime deficit in NBA history.

Tatum previously scored 53 points against the Minnesota Timberwolves on April 9.