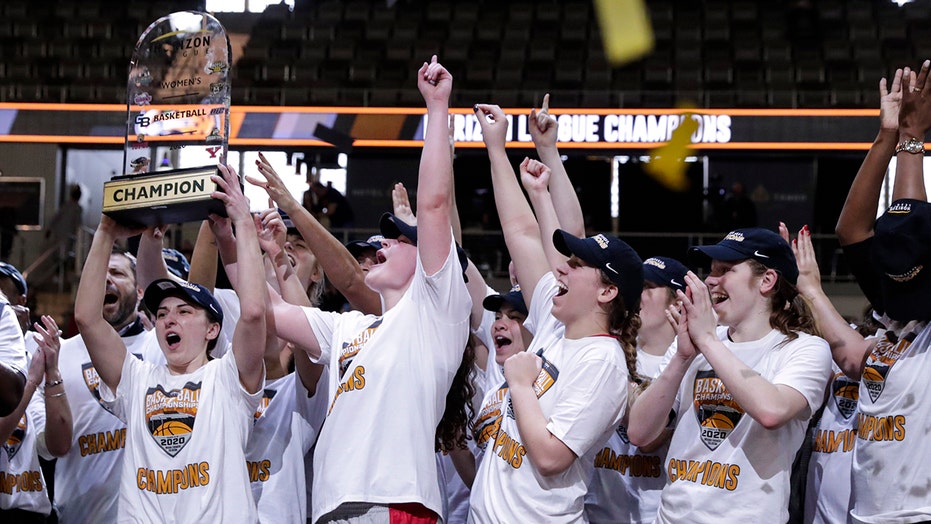 Holly Hoopingarner scored 16 points on 4-of-5 shooting from 3-point range and IUPUI earned its first NCAA Tournament berth win a 51-37 win over Green Bay on Tuesday in the Horizon League championship game.

Green Bay, which was bidding for its 19th NCAA trip, did not score in the fourth quarter.

Two-time league Most Outstanding Player Macee Williams added 13 points and nine rebounds for the Jaguars (23-8), who were in their first conference title game since the 2017 Summit League tournament. Racel McLimore scored 10 points.

No player reached double figures for the Phoenix (19-13), who were playing in their 10th-straight title game and trying to win their 17th championship. They missed all 11 shots and had four turnovers in the fourth quarter

IUPUI, which split its season series but won the league by two games with a school-record 15 wins, scored the first eight points in a difficult first quarter for both teams. Green Bay didn't score until the 3:07 mark and and the Jags didn't have a field goal for the final seven minutes, holding on for a 9-4 lead.

Hoopingarner knocked down three 3-pointers in the second quarter, the last in the closing seconds, for a 31-19 lead.

The Phoenix, who will have to get a bid and win a game in a postseason tournament to continue its current streak of 20 consecutive 20-win seasons, made 8 of 13 shots in the third quarter. Twice they got within five. The first time Hoopingarner answered with a 3-pointer and then Williams made a pair of free throws with one second left.

Green Bay, which has had a winning record in 43 straight seasons, second only to Tennessee's 46-season streak, only went 3 of 16 behind the arc and shot 34% overall. The Phoenix did not attempt a free throw.