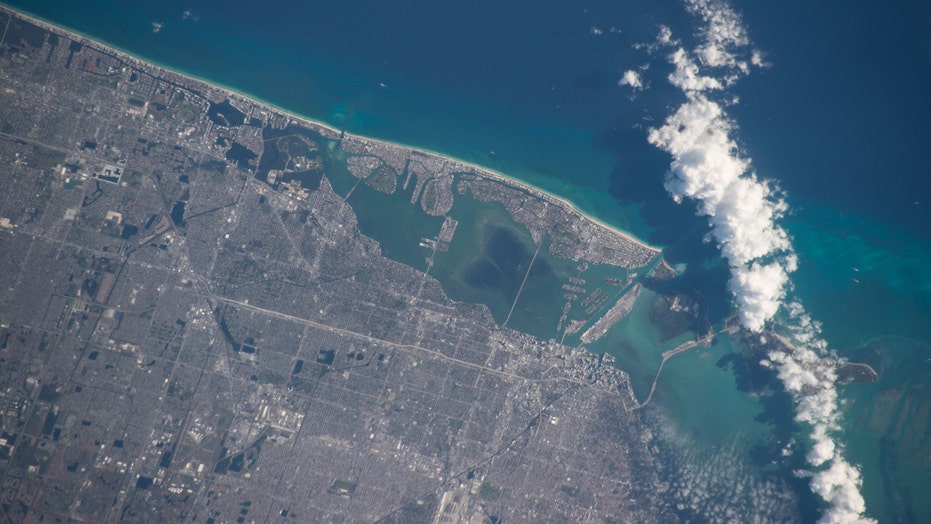 The photo shared on Twitter shows Miami Gardens hours before kick-off between the San Francisco 49ers and the Kansas City Chief — its shoreline and the ocean clearly visible.

“Magnificent Miami! This photo, taken from the International Space Station, shows a sunny day of the Sunshine State and its beautiful beaches,” the tweet said.

Prior Super Bowl games have been watched aboard the International Space Station.

The space station happens to be the same size of a football field, from end zone to end zone.

On Thursday NASA reported that astronaut Christina Koch was nearing the end of a 328-day mission aboard the orbiting lab.

She is due to land in Kazakhstan Feb. 6 aboard the Soyuz MS-13 crew ship with cosmonaut Alexander Skvorsov and Luca Parmitano of the European Space Agency.

Koch’s stay will be the second longest by a U.S. astronaut behind former astronaut Scott Kelley, who lived aboard the space station for 340 consecutive days.