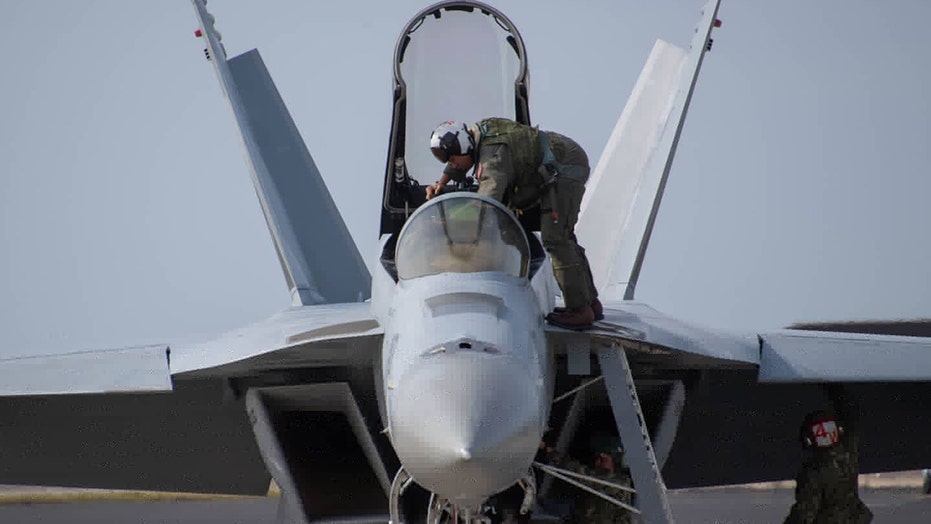 The Navy is getting ready to perform the traditional flyover following the national anthem at this year's Super Bowl at Hard Rock Stadium in Miami.

“We’ll be in a diamond formation as we go across the field,” Navy Cmdr. Dan Kitts said, according to the station. “It’s right at the end of the anthem, so they’ve given us the exact second that we need to be directly overhead the field.”

Photo shows Navy jet fighter that will be participating in traditional flyover after the national anthem at Super Bowl LIV. (U.S. Navy)

The jets will be taking off from nearby Homestead Air Reserve Base.

The flyover will include a pair of stealthy F-35s, an F/A-18 Super Hornet and an EA-18G Growler, the Norfolk Virginian-Pilot reported Friday.

“We’re showing the Navy-Marine Corps team and what we can bring to bear flying from the sea,” Cmdr. Ron Flanders, Naval Air Forces spokesman, told the paper.

The Navy achieved initial operating capability with the F-35 last year after the Air Force and Marines had achieved that milestone, according to the paper.

Following the flyover, the pilots will return to Homestead and then be escorted back to Hard Rock Stadium, where they will be introduced to the crowd during the third quarter of the Super Bowl between the San Francisco 49ers and the Kansas City Chiefs.