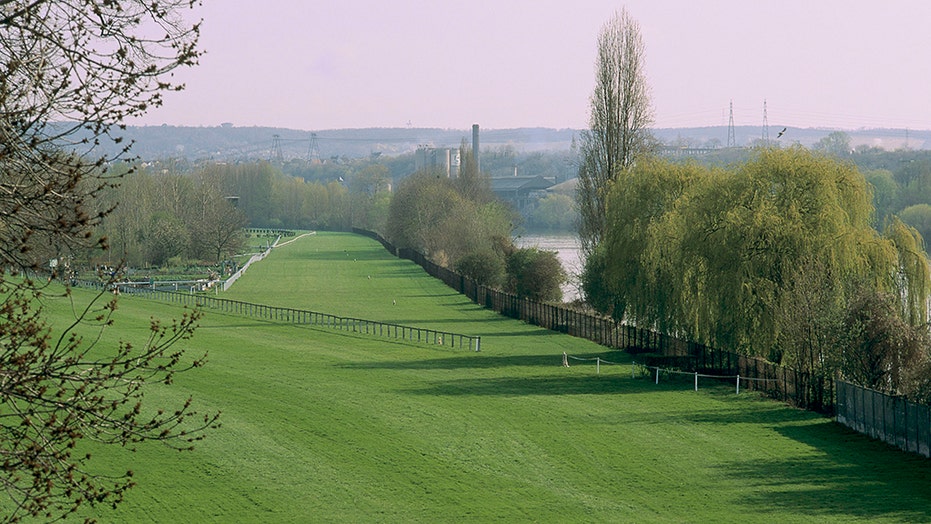 A horse was driving to the finish line in a race in France this week when she tried to take a chunk out of a rival jockey.

Video showed Palomba turning her head and biting jockey Francois-Xavier Bertras's arm during the stretch run of a thoroughbred stakes race at Maisons-Laffitte Racecourse, near Paris.

Bertras, who was aboard Lucky Lycra, wasn’t hurt and withstood Palomba’s late challenge to win the race.

Palomba, ridden by Maxime Guyon, was the odds-on favorite.

"It was a pretty strange sensation because the filly came alongside and then ducked her head at me while in full flight,” Bertras said, according to the Racing Post. “It was quite amazing.”

He added: "We watched the race back with the stewards and you can see she has me by the arm three times – it was pretty funny to see.”

Ile-de-France: Yvelines, the racetrack at Maisons-Laffitte. The racetrack is the second largest one in France, after the one in Chantilly. (Photo by Catherine BIBOLLET/Gamma-Rapho via Getty Images)

Bertras was quoted as saying that his filly didn't flinch or break stride but she was quite surprised and didn't understand exactly what had happened.

"You could say we were as shocked as each other," he said, according to the paper.