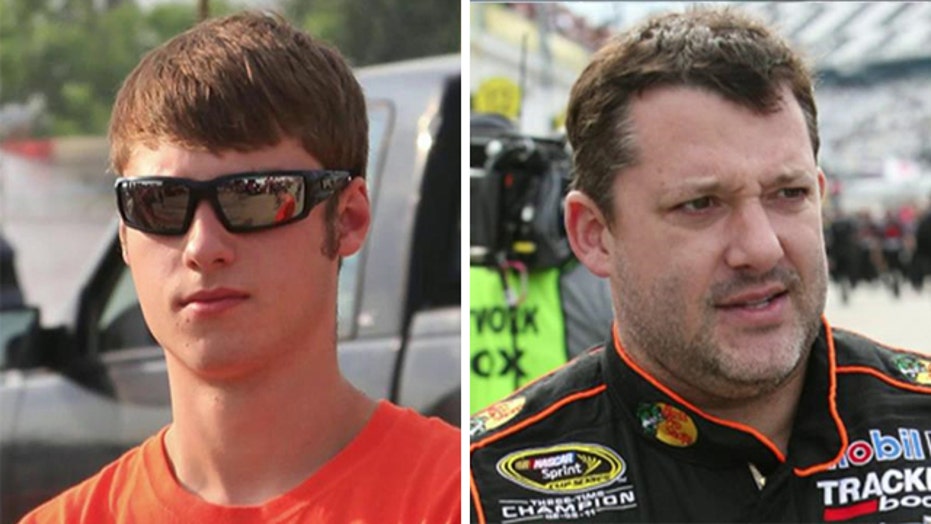 Tony Stewart will not face charges in death on race track

An upstate New York grand jury declined to indict three-time NASCAR champion Tony Stewart Wednesday in last month's death of sprint car driver Kevin Ward Jr., who authorities say was under the influence of marijuana the night of the accident.

Ward was killed Aug. 9 when a car driven by Stewart struck and killed him during a dirt track race at Canandaigua Motorsports Park. The 20-year-old Ward, who had climbed from his car to confront Stewart, died of blunt force trauma.

Ontario County District Attorney Michael Tantillo looked at the evidence and could have brought charges or dropped the case himself, but said last week he was taking the matter to a grand jury that was convened this week.

Tantillo also said Ward was under the influence of marijuana that night "enough to impair judgment."

Experts said Stewart could have been charged with second-degree manslaughter under New York law if prosecutors believe he "recklessly caused the death of another person," with negligent homicide another possibility.

Authorities said the first car to pass Ward had to swerve to miss hitting him. The front of Stewart's car appeared to clear Ward, but Ward was struck by the right rear tire and hurtled through the air. His father later told a newspaper there was "no reason" for the death given Stewart's skills and experience.

Sheriff Philip Povero asked spectators to turn over photos and videos of the crash as investigators worked to reconstruct the accident. Among the things being looked at were the dim lighting, how muddy it was and whether Ward's dark firesuit played a role in his death, given the conditions. In submitting his findings to the district attorney, Povero said they included a "forensic video enhancement" from state police.

Stewart said on his Facebook page Wednesday that he is thankful for the support he has received, and respects the grand jury's decision.

"This has been the toughest and most emotional experience of my life, and it will stay with me forever. I'm very grateful for all the support I've received and continue to receive," he said. "I respect everything the District Attorney and Sheriff's Office did to thoroughly investigate this tragic accident. While the process was long and emotionally difficult, it allowed for all the facts of the accident to be identified and known. While much of the attention has been on me, it's important to remember a young man lost his life. Kevin Ward Jr.'s family and friends will always be in my thoughts and prayers."

After Ward's death, NASCAR announced a rule that prohibits drivers from climbing out of a crashed or disabled vehicle -- unless it is on fire -- until safety personnel arrive. The series also cleared the way for Stewart to make its Chase for the Sprint Cup championship with a win, despite missing the three races, but he didn't make the 16-driver field.