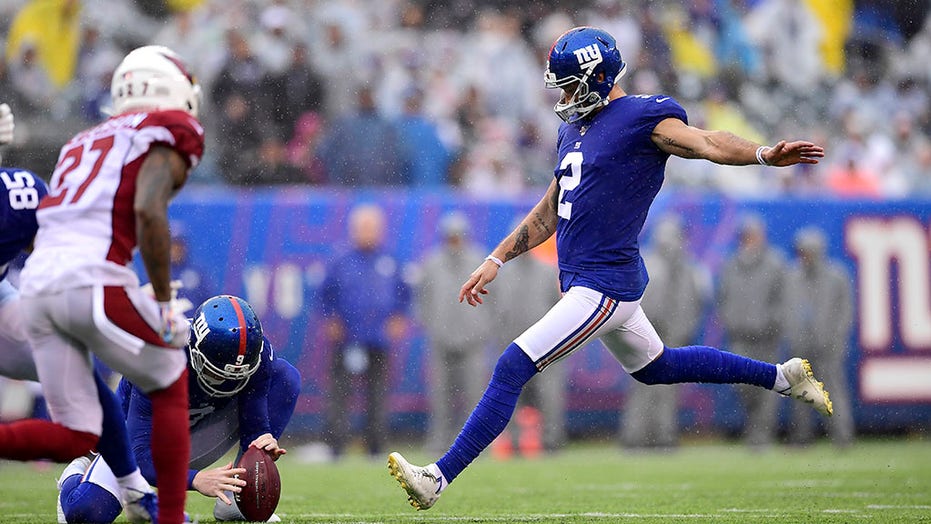 New York Giants kicker Aldrick Rosas was arrested on Monday after an alleged hit-and-run, and law enforcement officials believe that alcohol was involved in the incident, TMZ Sports reported.

Police said that witnesses saw Rosas driving carelessly at 100 mph around 8:25 a.m. in Chico, Calif., when he supposedly failed to stop at a red light.

According to the cops, Rosas smashed into the side of a pickup truck at an intersection, and he kept on driving despite damaging the vehicle that he hit, TMZ reported. Cops said that his black Chevrolet SUV broke down after the crash, but they said that witnesses saw the NFL player exit the car and run away.

"We are aware of the situation and have been in contact with Aldrick. We have no further comment at this time," the Giants said in a statement.

Police told TMZ Sports that when they arrived at the scene, they eventually found Rosas walking near where the crash took place. The cops said that his hands, legs and bare feet were covered in blood when they stopped him for questioning, TMZ reported. Rosas' mug shot shows cuts on his neck.

After Rosas admitted to being the owner of the SUV, they took him to a nearby medical center for evaluation before taking him to the Butte County Jail. TMZ Sports was told that he was booked on a hit-and-run charge, as well as driving on a suspended license.

According to the police, an investigation is ongoing because they believe alcohol impairment was a key factor in the incident.