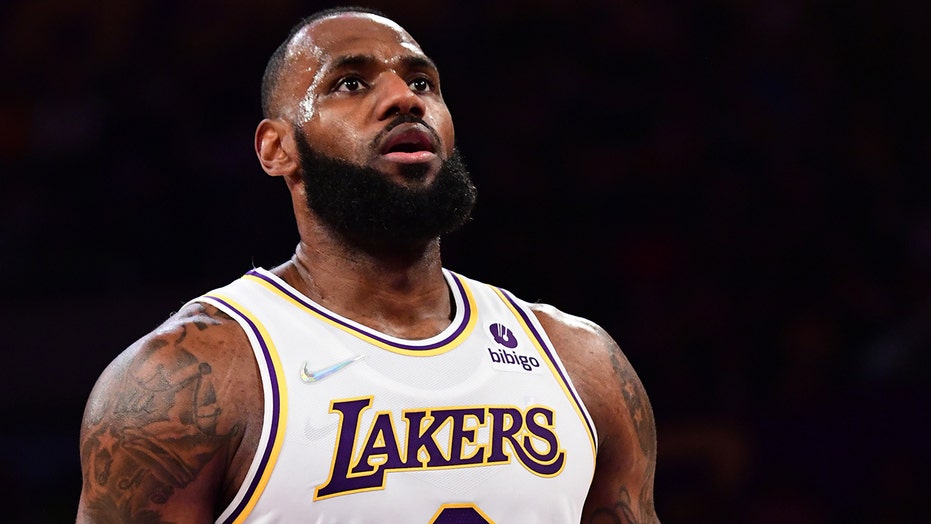 LeBron James didn’t just ruin Space Jam, he also ruined basketball, according to former teammate Iman Shumpert. James, who’s made a habit of cherry-picking teammates and home teams, shaped Shumpert’s opinion when he initially left Cleveland for Miami in the summer of 2010.

"It was Bron going to Miami. Bron knows he ruined basketball," said Shumpert, when the topic of Kevin Durant’s decision to join the Warriors was discussed on the Bootleg Kev podcast. "He thought he was making it better, I get it."

Shumpert and James teamed together in Cleveland for three seasons, including the Cavaliers’ 2016 championship. Shump’s of the belief that LeBron’s power play — when he decided to take his talents to South Beach — forever changed the game. "Me personally, I loved the NBA for the loyalty that I thought was there. He basically knocked the fourth wall down," said Shumpert.

He added, "Great business move for sure."

Los Angeles Lakers forward LeBron James signals to a teammate during the first half of an NBA basketball game against the Charlotte Hornets on Thursday, March 18, 2021, in Los Angeles. (AP Photo/Marcio Jose Sanchez)

"Find me the year the top player left his throne and joined someone else," tweeted Shumpert. "Closest thing was Shaq but Bigs have to pair up and Kobe was the juice. Bron had no need and had all the influence. I can debate this all day."