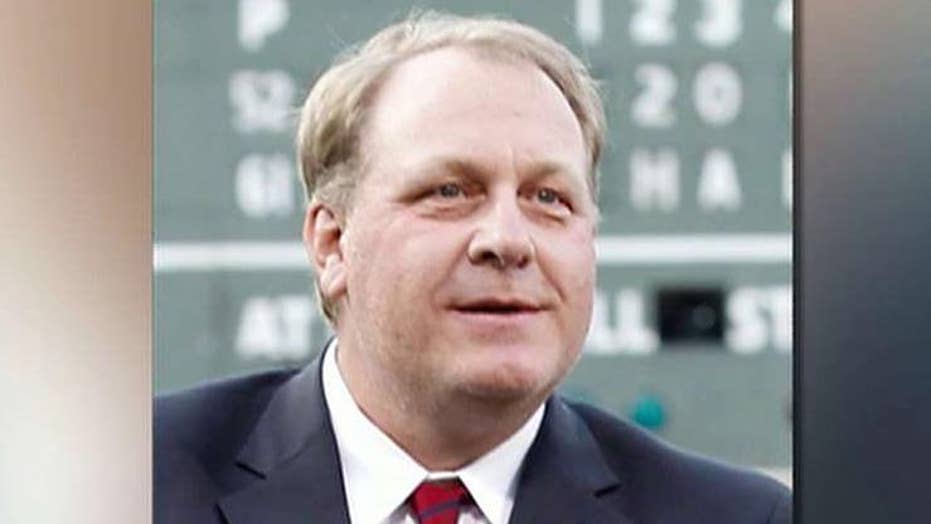 Former sportscaster claims he was singled out for conservatism

A week after he was fired as an analyst from ESPN, former major league pitcher Curt Schilling is firing a brushback pitch at the network, claiming he was unfairly targeted for his conservative beliefs.

Schilling, a Hall of Fame contender after a brilliant career during which he won three World Series, was sacked by the “Worldwide Leader in Sports” after he posted a meme on Facebook protesting recent laws allowing transgendered people to use whichever bathroom they wish. ESPN claimed Schilling’s post violated a company policy prohibiting analysts from discussing politics.

“It was apparent to me early on that if you wanted to go off topic as a sports person, you had to go off topic left, or you were going to get in trouble,” Schilling said during a radio appearance on SiriusXM’s “Breitbart News Patriot Forum.” “Some of the most racist things I’ve ever heard have come out of people that are on the air at ESPN. They’re some of the biggest racists in sports commentating.”

He went on to say, “The memo that went out to everybody went out to all of us the same, which is: If you are a sport person stick to sports, don’t get involved in the political arena.

“In the end for me it felt like that rule applied to me and me alone because I was conservative…Bigots are calling me a bigot. A bigot is someone who refuses to accept a different opinion. I will accept anyone’s opinion.”

“…Tony Kornheiser compared the Tea Party to ISIS. I don’t know any planet where those are sports topics. But I don’t care. It’s OK. I think those conversations need to happen. But as soon as you go to the flip side, the right side, there are repercussions for not talking about sports.”

The transgender post was not Schilling’s first encounter with ESPN brass. He was suspended last year for posting another Facebook meme, this one comparing the number of Muslim extremists to the number of Nazis in Germany during Adolph Hitler’s reign.

Schilling, 49, pitched 20 seasons for the Phillies, Diamondbacks, Red Sox, Orioles and Astros. He was 216-146 with a 3.46 ERA and finished second in Cy Young Award voting three times. An outstanding postseason performer, Schilling was 11-2 with a 2.23 ERA in 19 playoff starts.