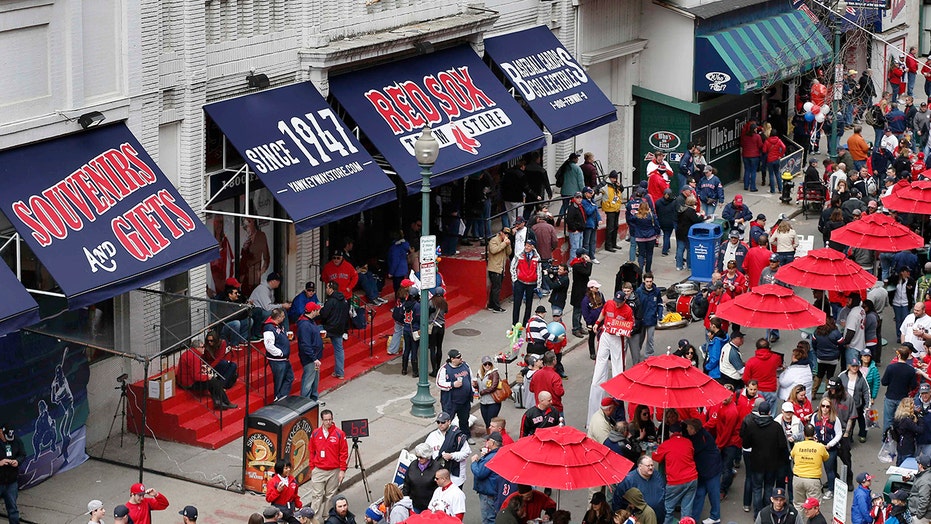 A baseball fan did everything he could to catch the ending of the Boston Red Sox’s win over the New York Yankees on Sunday at Fenway Park.

The fan appeared almost out of thin air near a cameraman on top of the Green Monster in left field during the eighth inning. He was tossing hats and screaming while the two teams were playing. The home-plate umpire paused the game as the fan was tossing items onto the field.

“He was yelling that I’m no Michael Jordan because I wear 23 and my name’s Michael,” Boston outfielder Michael Chavis told reporters after the game, according to Mass Live.

“It was kind of a weird situation and part of me doesn’t really even want to get into it just because you don’t want to encourage that kind of stuff. It was kind of scary there for a moment with some things that happened. ... So personally, I just don’t feel like we should really get into it to give that a headline. I feel like that’s not the best thing to do.”

Red Sox security and Boston police placed the fan in custody, the team told Mass Live after the game.