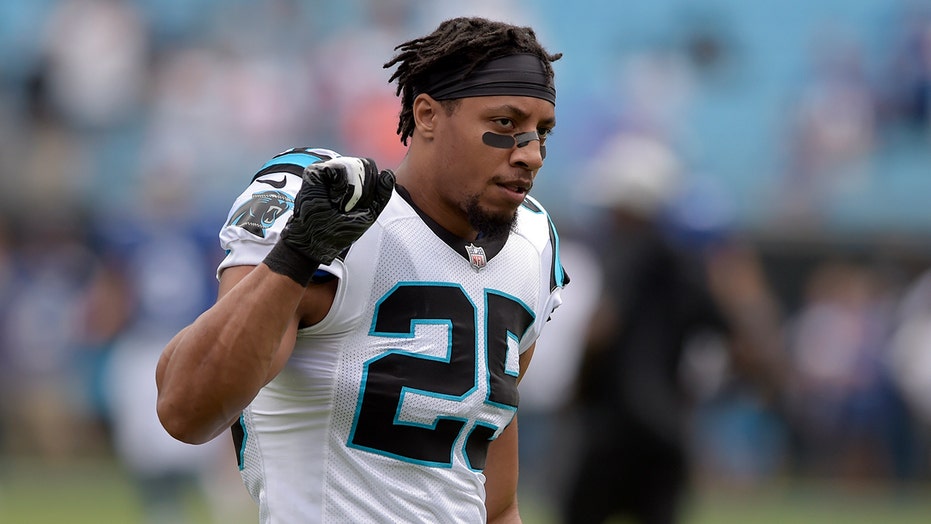 Eric Reid, a free-agent defensive back who played last season with the Carolina Panthers, took aim at the NFL on Thursday over the league’s latest tweets on supporting the black community.

The NFL tweeted that these times call for self-reflection for everyone and the league was “no exception.” The tweets said they stood with the black community “because Black Lives Matter.”

“Through Inspire Change, the NFL, Players and our partners have supported programs and initiatives throughout the country to address systemic racism. We will continue using our platform to challenge the injustice around us,’ the NFL tweeted.

“To date we have donated $44 million to support hundreds of worthy organizations. This year, we are committing an additional $20 million to these causes and we will accelerate efforts to highlight their critical work. We know that we can and need to do more.”

Reid, who was among the first players to kneel during the national anthem alongside Colin Kaepernick to protest racial injustice and police brutality in the U.S., posted three tweets taking to task the NFL and criticizing the league for failing to denounce the police officer involved in George Floyd’s death.

“Where do I start? In your self reflection you chose to tell us that you donated .00275% of your 2019 revenue of roughly $16B to the causes you care so deeply for. Yet you have not denounced the police 4 their history of murder nor have you addressed your own oppressive constructs,” he wrote.

Reid also accused the NFL of failing to apologize for failing to embrace Kaepernick’s movement when he was playing in the league in 2016.

“In your self reflection, you didn’t come 2 the conclusion 2 apologize for your numerous attempts 2 subvert the very movement that you now claim 2 be a part of, including but not limited to: breaking your own protocols in an attempt to force us from kneeling and blackballing Colin,” he wrote.

HALL OF FAME COACH TONY DUNGY ON DREW BREES' NATIONAL ANTHEM COMMENTS: 'HE CAN'T BE AFRAID TO SAY THAT'

“In your self reflection, you didn’t feel the need to reconcile your aforementioned actions. You aren’t trying to change the system. You are the system.”

Reid has been an outspoken voice along with Kaepernick since the two played with the San Francisco 49ers. Reid has criticized the league and teams for trying to throw their support for the movement.

Reid remains a free agent despite playing all 16 games for the Panthers last season and recording a career-high four sacks. He is only 28 years old.