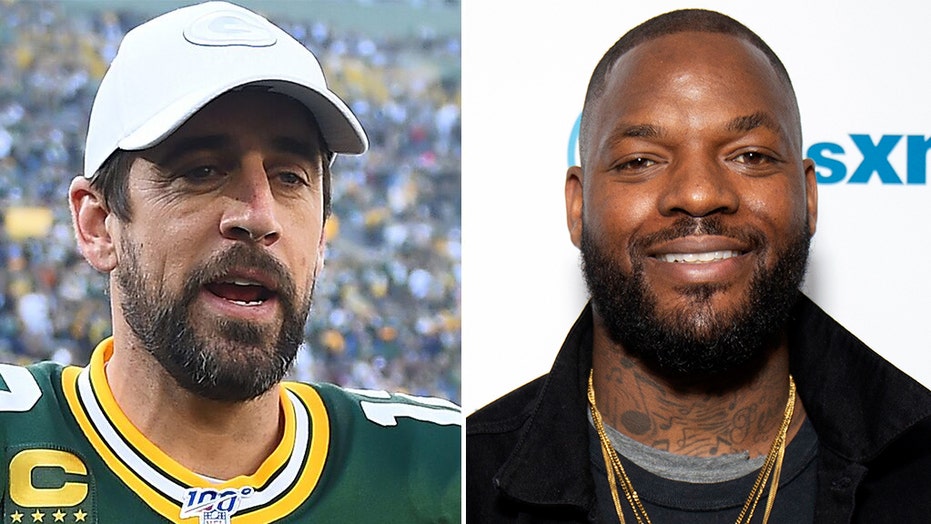 Green Bay Packers quarterback Aaron Rodgers is being called out after seemingly weighing in on New Orleans Saints' Drew Brees comments about the national anthem this week.

“A few years ago we were criticized for locking arms in solidarity before the game,” Rodgers wrote Wednesday on Instagram. “It has NEVER been about an anthem or a flag. Not then. Not now. Listen with an open heart, let’s educate ourselves, and then turn word and thought into action.” One of the hash tags he used was #solidarity.

Despite the positivity in Rodgers’ post, a former teammate of his wasn’t buying it.

Former NFL tight end Martellus Bennett, who played with Rodgers and the Packers for seven games in 2017, quoted a previous tweet from Rodgers in which the superstar quarterback said of his teammates kneeling: “They have a battle for racial equality. That’s what they’re trying to get a conversation started about.”

“So miss me with that bulls--t,” Bennett continued. “Show me one. I don’t want to see y’all paint these dudes as white saviors that were always speaking up. It’s just not true. I was there. He saw what I went thru [sic] while protesting in Green Bay. And protesting in Wisconsin is a wild experience.”

Drew Brees apologized Thursday for anyone whom he hurt with his comments about his stance against kneeling during the national anthem in wake of the backlash he received.