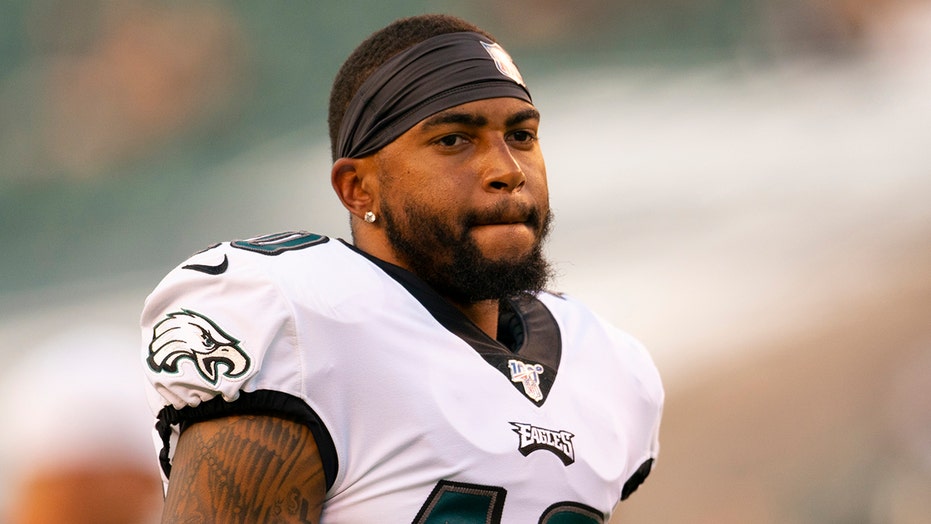 Philadelphia Eagles wide receiver DeSean Jackson has spent the offseason doing more than just preparing for the season ahead.

Jackson spoke to reporters Wednesday for the first time since he made offensive comments in early July regarding anti-Semitism, which included promoting quotes attributed to Adolf Hitler and praising noted anti-Semitic preacher Louis Farrakhan.

“The aftermath of everything has been a long process,” he said. “I’ve been just using the time to educate myself and really just man up to the actions I took and just educate and learn from it.”

Jackson apologized after facing a backlash earlier in the summer, even accepting an offer from New England Patriots wide receiver Julian Edelman to go on a trip to the United States Holocaust Memorial Museum in Washington, D.C.

“People make mistakes in life, and it was a mistake I made and I had to own up to it as a man, which I did, but I think I’m taking the proper steps to educate and I’m learning from something I didn’t really know too much about,” he said Wednesday.

Eagles owner Jeffrey Lurie said during a conference call last month that Jackson has taken all the necessary steps in educating himself since the incident but noted that he was disappointed in the public’s initial reaction to the three-time Pro Bowler.

“I thought the social media posts were disgusting and appalling,” he said. “I’ve known DeSean for a long time. He has, I think, really understood the ramifications of that appalling post. So far, everything that we’ve asked him to do to both educate himself and to learn and take action, he’s done completely. So, I would hope that would continue.”

Jackson will start for the Eagles Sunday when they take on the Washington Football Team in Week 1.